Gary Kirsten said that Delhi Daredevils' strategy was to select a new squad for IPL 7.

There has been a lot of talk about whether the decision of not retaining Virender Sehwag was justified, but Delhi Daredevils coach Gary Kirsten feels that irrespective how it pans out, that was the only way forward in the Indian Premier League (IPL) 2014.

“At the auction we made a decision to select a new squad and not retain anyone from last year. We are looking towards working with a new squad. Don’t know whether it’s a right decision or not but that’s what we have gone for,” Kirsten explained while giving a defensive logic when asked whether it’s easier that there are no baggages of last year’s failure.

On the first day of Delhi Daredevils’ practise with new captain Kevin Pietersen and new bunch of players, Kirsten emphasised on team bonding more than anything else.

“Guys are looking forward to being together. Eight days before match, it is an important time to connect. Started connecting and getting to know each other. Enjoy each other’s company,” the former India coach said after the session.

For Kirsten, coaching in the IPL will be completely different from what he has done with the Indian team in the past.

“IPL requires a lot more intensity. It’s a new challenge for me and I am looking forward to it. It’s good to be back in India personally. I always knew that I was going to come back sometime. I love watching T20 cricket and haven’t missed many matches,” said the coach.

He gave two monosyllabic responses of a ‘yes’ and a ‘no’ to two different questions.

Asked if he would like to comment on the most common question on Yuvraj Singh, his response was a curt “No”.

“I will only answer questions on DD,” he said.

On whether he was happy with his pace bowling unit, he simply said, “Yes”.

Asked if the controversies and scandals of last year would affect this edition also, Kirsten said, “Unfortunately, it’s been a part of the game and it’s not a nice element. The game certainly needs to be cleaned up and whatever can be done to champion the cause of a cricket player.”

Questioned whether Pietersen’s history with the England team did come to his mind when he was offered DD’s captaincy, Kirsten straightaway waxed eloquent.

“The feedback that I got from that management is that he has been an outstanding player and contributor to the team,” said Kirsten.

The coach also said that the team’s strategy will change from game to game.

“Strategy is not only going to be my idea. We will formulate different strategies. Gameplan and strategy will change from game to game,” he said.

He admitted that Delhi’s past seasons have been mixture of ups and downs, but said they were looking forward to having one of their better seasons this time around. 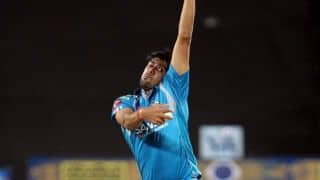 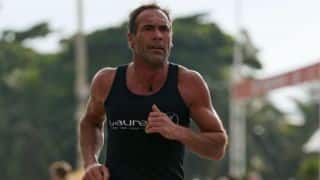