Bangalore are chasing 146 to win their IPL 2014 game against Delhi.

Delhi Daredevils struck early in their Indian Premier League (IPL) 2014 game against Royal Challengers Bangalore. Delhi are defending 145 and Mohammed Shami helped them get the first wicket in the second over.

Bangalore opened the batting with Parthiv Patel and Nic Maddinson as Chris Gayle is out of the game due to an injury. In the second over, Shami bowled a bouncer and Maddinson got an edge through to the keeper as he edged it while trying a pull. Virat Kohli was the new batsman and he got one onto the pads first up, which he just guided past Dinesh Karthik behind the stumps.

In three overs, Bangalore are 17 for one. 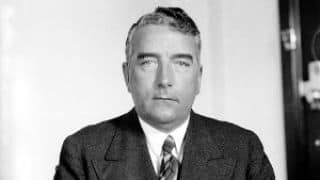