Pune: Still searching for a win in eighth edition of the Indian Premier League (IPL) after two near misses, Delhi Daredevils take on an upbeat Kings XI Punjab (KXIP) in their third game of the tournament at the MCA Stadium in Pune on Wednesday.

After losing their opening encounter to Chennai Super Kings (CSK) by a mere run, the JP Duminy-led side was undone by Rajasthan Royals (RR) by three wickets in their backyard at the Feroz Shah Kotla and its winless run was stretched to 11 games for over two seasons in the cash-rich league.

It’s not that the new-look Delhi side has played bad cricket, but like Imran Tahir, their premier spinner, many believe that the GMR-owned team has been plain unlucky. IPL 2015 Previews

“We have just been a little short on luck. In this game and the previous one, we proved that we have played really good cricket but it’s been a small margin of loss. We are hoping for good results. I know my comments may not justify the 11 straight losses but we are truly happy with the way we played,” said Tahir after the loss to RR on Sunday.

South African leg-spinner Tahir, who bagged four wickets at Kotla, and Amit Mishra shared six wickets between them to nearly defend their 184-run score but the RR side held its nerve to snatch a last-ball win. READ: Albie Morkel, Delhi spot hidden gem

If DD’s bowling has looked good despite Zaheer Khan and Mohammed Shami’s absence, the duo are recovering from their respective injuries, then even the batting has stood tall in tough situations.

If Albie Morkel played a lone hand in the first game with his 73 not out then the top-order, led by Duminy’s unbeaten 44, combined well to post a challenging total on home turf.

But despite the losses the team hasn’t lost its confidence.

“We are not lacking in confidence because of the losses. We are playing good cricket, may be just short of luck. Our aim is to get two points and I am sure with the way we are playing, we are going to get them soon. And a win certainly will make a big difference and make us more confident,” Tahir said. IPL 2015 schedule: IPL 8 match time table with venue details

Kings XI campaign has been a mixed bag, after the George Bailey-led side was outplayed by RR in the first game but came strongly in their second outing to beat hosts Mumbai Indians.

Even though star batsman Glenn Maxwell is yet to fire, big boys Virender Sehwag (36) and Bailey (64 not out) made it count in the previous game. Indian Premier League (IPL) 2015: Complete coverage

In head-to-head count Kings XI go favourites into the game with a 9-5 advantage in 14 games but after two strong performances despite the losses DD are looking to strike back. IPL 2015: CSK, KKR, RCB, KXIP, MI, RR, SRH, DD full team details in IPL 8 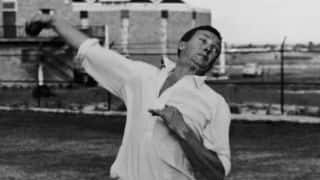 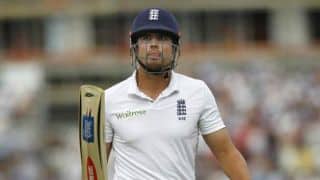