The team would assemble on Tuesday and will fly out to UAE on April 12.

The preparatory camp of Delhi Daredevils, under the guidance of head coach Gary Kirsten, for the seventh edition of the Indian Premier League (IPL) will begin at the Palam Ground, New Delhi on Wednesday.

The main focus of the camp would be to help the team come together ahead of the long season and also special concentration will be given on fielding drills.

Kirsten said: “The idea behind this short camp in India is to help the team come together and gel and thereby build a strong foundation for the bigger challenges ahead.”

Skipper Kevin Pietersen, senior players like Ross Taylor, JP Duminy along with the whole Indian contingent, led by vice-captain, Dinesh Karthik will also be part of the camp.

The team would assemble on Tuesday and will fly out to UAE on April 12 where an extensive camp will be held before the team’s opener against Royal Challengers Bangalore (RCB) at Sharjah on April 17. 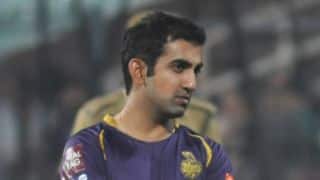