CSK have already qualified for the play-offs as DD play for pride.

Delhi Daredevils (DD) will face off against Chennai Super Kings (CSK) in Match 49 of Indian Premier League (IPL) 2015 at Raipur. The Daredevils have nothing more to play for than pride, having been essentially eliminated from the race to reach the final four. On the other hand, CSK became the second team after Kolkata Knight Riders (KKR) to qualify for the play-offs. IPL 2015 Highest run-scorer: List of best batsmen in IPL 8

CSK beat Rajasthan Royals (RR) comprehensively in their last game to go to the top of the points table and reach their eighth consecutive play-off. They have been perhaps the most consistent team in IPL 2015, and have kept up their tradition of not fiddling around with the tried and tested set of players. IPL 2015 Highest wicket-taker: List of best bowlers in IPL 8

However, MS Dhoni will need to leave his comfort zone and make a forced change now that Brendon McCullum will be leaving for national duty. McCullum and Dwayne Smith formed a formidable opening pair at the top of the order for CSK, with the former having scored over 400 runs in the tournament; he also became the first man to score a century in IPL 2015. IPL 2015 Points Table & Team Standings

Michael Hussey will be his obvious replacement, and barring an injury that is likely to be the only change. Dhoni himself said at the post-match presentation that Hussey will most likely replace McCullum in the line-up. The only other possible change would have been bringing in Irfan Pathan in place of either Pawan Negi or Ravindra Jadeja; but given Negi’s impressive showing and Jadeja’s Man of the Match-winning four for 11 in the last game, it would seem that both men will retain their spots. IPL 2015 Most 6s and 4s: List of most dangerous batsmen in IPL 8

Coming to DD, they have been a team with a lot of talent that has somehow just not gelled. JP Duminy and Shreyas Iyer have done well for them, and Quinton de Kock added some much-needed stability at the top of the order with a good half-century in the last match, which was also his first outing this year. IPL 2015 Leading fielders: List of Best fielders in IPL 8

DD’s Indian pros have had a mixed outing. Yuvraj Singh has largely disappointed barring the two half-centuries, while Zaheer Khan has been outstanding since his comeback. The left-armer still does not look entirely fit, and has lost a good deal of pace; but the mind is as sharp as ever, and the skills as deadly. Amit Mishra has had a decent run as well, while Kedar Jadhav has been impressive every time he has been given an opportunity. IPL 2015 schedule: IPL 8 match time table with venue details

Imran Tahir was good at the start of the tournament and even held the Purple Cap briefly before fading away. Angelo Mathews has done nothing of note, but Albie Morkel will feel quite hard-done at having been dropped after scoring a near match-winning 73 not out. He has come back into the side since, but one feels it was a bit too late. IPL 2015 most dismissals by wicketkeeper: List of best wicketkeeper in IPL 8

DD will be searching for a win to help them end on a positive note, but they will need to be nothing short of sublime to beat a team that has made winning very much a habit. On paper, CSK hold all the cards, and unless something drastic happens, ought to pull off an easy win. Indian Premier League (IPL) 2015: Complete coverage 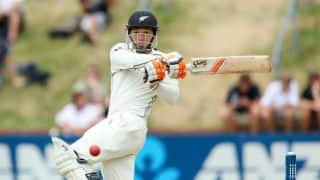 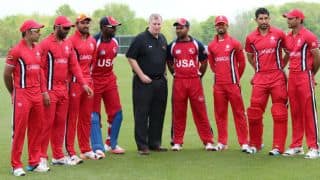