Delhi Daredevils and Mumbai Indians have collected 4 and 2 points in IPL 2015 so far.

Delhi Daredevils (DD) play host to the Mumbai Indians (MI) in Match 21 of the Indian Premier League (IPL) 2015 at the Feroz Shah Kotla. It is a contest between two teams trying to climb up the Points Table in the IPL 2015 as they aim to regain lost ground after a few early disappointments. While DD have managed to win two out of their five matches, MI finally broke their winless run by beating the Royal Challengers Bangalore (RCB).

MI have the batting armoury and that has generally fired through the tournament. In the last game, they had to bench Corey Anderson and brought in Mitchell McClenaghan, who bowled well upfront. Perhaps, they may consider continuing with him as they need good support for Lasith Malinga, who showed signs of picking up on form in the last game. Lendl Simmons has done well for them, so has Kieron Pollard. Anderson too has been amongst the runs. If he has to return, who will be benched? READ: Ponting’s positive attitude  has changed Harbhajan’s fortune

Rohit Sharma continues to be MI’s main batsman, with the flexibility of batting in any position. He could well consider opening the batting as Parthiv Patel has not had a good time at the top of the order. Then there is Unmukt Chand, who finally hit a fifty in the last match and answered the calls of his team management. On a whole, the batting looks in good shape. Harbhajan Singh is their main spinner and a lot of hopes rest on his shoulders. READ: Rohit Sharma to pay fine of Rs. 12 lakh

DD seem to have found their combination and the good thing is that they have backed it for a few games. In Shreyas Iyer and Mayank Agarwal, they have youthful openers who are unafraid to play their shots. JP Duminy and Yuvraj Singh then come in, bringing their experience into play. The presence of Angelo Mathews and Kedar Jadhav also adds to their batting strength. IPL 2015: Schedule with venue details

The bowling perhaps needs a Zaheer Khan to come into the team soon. However, Dominic Joseph seems to have done well and Nathan Coulter-Nile would do well to find a little more consistency. The great thing about this DD line-up is that they have the two leg-spinners with contrasting styles. Amit Mishra and Imran Tahir are not easy in the middle overs for batsmen to negotiate and it makes for a good viewing. IPL 2015: Points Table and Team Standings

MI last won at the Feroz Shah Kotla in 2011. They bore the brunt of defeat sin 2012 and in 2013. They did not visit the venue last year. Here is their chance to change their record at the venue with this game. IPL 2015: Complete Coverage 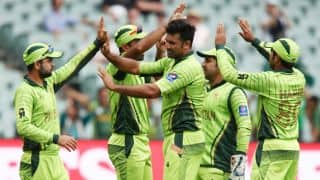 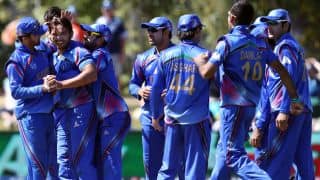