Indian cricketers Yuvraj Singh, Harbhajan Singh, Pragyan Ojha and many others on Wednesday expressed disappointement over the gang rape of a 23-year-old girl in New Delhi, which has shook the nation. Indian cricketers Yuvraj Singh, Harbhajan Singh, Pragyan Ojha and many others on Wednesday expressed disappointement over the gang rape of a 23-year-old girl in New Delhi, which has shook the nation.

Yuvraj wrote on his official Twitter page on Tuesday night, “shocked with the delhi rape incident. Something is terribly wrong somewhere. If this is the way women are treated God saves our society.”

He also demanded capital punishment for those who are guilty, and expressed, “Delhi rape incident! Its still disturbing me.”

Indian spinner Pragyan Ojha said, “Death penalty should be given to the rapist . its time to take a stand . Its not about me or you , its about us.”

Former cricketer Sanjay Manjrekar said, “Delhi rape – Anger against the guilty can be the only emotion…..Praying for the girl.”

“Guilty MUST be severely punished. But will it put an end to such heinous crimes? We must change ourselves…and change our nation. #rape,” wrote Aakash Chopra on the same platform.

Off-spinner Harbhajan Singh wrote, “Wake up guys tom it could be ur sister ur mom or some1 ur dear ones victims of these idiots who rape and kill.let’s make this world safe.” (sic)

Manoj Tiwary said, “Im shocked nd disturbed by d news of another rape case in our country.. They sud b punished publicly nd send a strong signal 2 every rapist.” (sic)

Meanwhile, the victim of the brutal rape and torture is battling for life in a hospital in the country’s capital, where she was opertated upon on Sunday night, a report said. 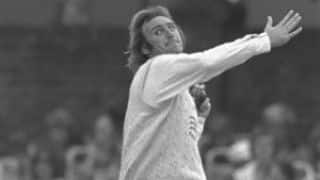