New Delhi: The Centre on Tuesday asked the Delhi government to probe the alleged irregularities in the Delhi and District Cricket Association (DDCA). The sports ministry has written to the AAP government to look into the serious allegations raised by former cricketer Kirti Azad in 2014 about DDCA. “Azad had raised serous issues like evasion of entertainment tax, misuse of land exclusively for sports, and opening of the bar on national dry day,” said a Delhi government official.

Delhi Chief Minister Arvind Kejriwal on Monday assured former Indian cricketers that his government would probe the alleged irregularities in the DDCA if needed. Former Indian cricket captain Bishan Singh Bedi along with former medium pacer Madan Lal called on Kejriwal and discussed irregularities in the association. “Corruption in DDCA and the glaring issues which we are all aware of were discussed in the meeting,” legendary left-arm spinner Bedi told reporters after the meeting.

“He [Kejriwal] assured his support in removing shortcomings in Delhi cricket. If needed, he will set up a commission of inquiry. You know what is going on in DDCA. But we cannot close our eyes.” Bedi, who lost the 2013 DDCA presidential election against Sneh Prakash Bansal, said. Bedi few days back was in the news, when he said MS Dhoni is “not ‘Captain Cool’ anymore” and suggested yoga sessions for the beleaguered cricketer to overcome the tough phase. 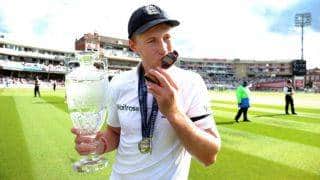