The November 2014 direction was passed on a plea by Dhoni and Rhiti Sports, alleging that Maxx Mobilink had not paid dues worth crores of rupees which was agreed.

New Delhi: The Delhi High Court today directed a top mobile company official to be present before it in a contempt case filed by ace cricketer M S Dhoni alleging that the firm was using his name by projecting him as its brand ambassador despite the termination of the agreement between them way back in December 2012.

Justice V Kameswar Rao asked the CMD of Maxx Mobilink Ltd, Ajjay Agarwal, to be appear in the court on October 12. The court was hearing a petition filed by former Indian captain Dhoni seeking initiation of contempt proceedings against the company’s CMD for defying its November 17, 2014 direction asking Maxx Mobilink to “refrain from selling any products” using the name of the cricketer in commercials.

During the hearing, the court asked Dhoni’s counsel what prejudice was caused to him. His counsel J S Lamba said the company was using the cricketer’s name without paying him. He also said that the court had on April 21, 2016 directed the contemnor to appear before it.

The court had in January last year pulled up the top official of the firm after taking note of the plea of the former captain that its orders have been defied by them. It had also passed a similar order on April 21, 2016 asking Agarwal to inform about the steps taken to comply with the 2014 direction asking the firm to refrain from selling any product, claiming to be endorsed by Dhoni.

The firm’s counsel had said it had never indulged in misusing Dhoni’s name to take any advantage. Dhoni had an endorsement agreement with the company which had expired in December 2012. Earlier, the court had asked Maxx to give details of the steps taken by it to remove Dhoni’s name and photograph from social media sites including its website and Facebook.

The November 2014 direction was passed on a plea by Dhoni and Rhiti Sports, alleging that Maxx Mobilink had not paid dues worth crores of rupees which was agreed upon for using the cricketer’s name on their products.

Dhoni’s counsel had said the endorsement agreement between him and the company had expired in December 2012, but Maxx was still using his name to sell its products and not paying him the dues.

The cricketer, in his contempt plea, has also sought a direction to seize all the products/mobile handsets and such other articles where his name and image is being used to sell and promote these products 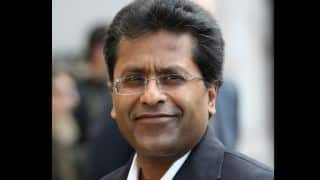 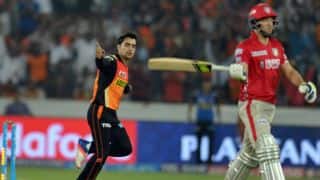