Dennis Lillee says he did a 'favour' rejecting Sachin Tendulkar

Dennis Lillee says he did a 'favour' rejecting Sachin Tendulkar

Australian great Dennis Lillee on Monday recalled his first meeting with Sachin Tendulkar and said on a lighter note that he did the game a "favour" by rejecting the batsman when he went to the MRF Pace Foundation with an ambition to become a fast bowler in the late 80s. 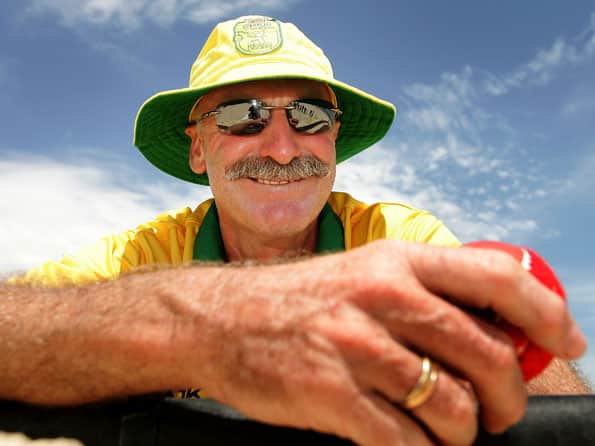 Australian great Dennis Lillee on Monday recalled his first meeting with Sachin Tendulkar and said on a lighter note that he did the game a “favour” by rejecting the batsman when he went to the MRF Pace Foundation with an ambition to become a fast bowler in the late 80s.

Hoping to become a pacer, Tendulkar went to the MRF Pace Foundation in 1987. But his ambitions were crushed by the foundation’s coaching director, Lillee who advised the then young Tendulkar to focus on his batting instead of bowling.

Asked about his first encounter with Tendulkar, Lillee, who is bidding adieu to the MRF Pace Foundation after 25 years of service, said: “I actually feel very embarrassed because I rejected him as a fast bowler.

“I think I did him and the game of cricket a favour. I am just joking, but I will never forget (the incident).”

“When he came back a year later he was just 15 years or so. I was there behind the nets. The first ball Sachin faced he hit it behind the bowler for a four. Sachin flicked the next ball for a four as well. The bowlers were not able to get Sachin and he was hitting them out of the park.

“When he was still batting with about 48 runs or so from 12 balls, I asked (the then head coach) T A Sekar who is this boy. Sekar laughed and replied you should know him, he is the boy whom you rejected when he wanted to become a fast bowler,” he added.

Lillee said it was his fortune to have spotted Tendulkar before he made his foray into international cricket.

“I was fortunate enough to see him before he made it to Test cricket and lucky enough to recognise him as the world’s best.

“Sachin is a very humble man. He is the greatest player and batsman to have ever built played. He just amazes me on many counts, his eye for the game, hunger for the game and continued success,” said the 62-year-old former cricketer.

Asked about the fast bowling talents he witnessed during his stint at the MRF Foundation, Lillee rated Zaheer Khan as the best, just ahead of cricketer-turned-match referee Javagal Srinath.

“To me number one is Zaheer Khan and number two is Srinath. As for Venkatesh Prasad I had always thought that he is going to be a Test player,” he said.

“Irfan (Pathan), R P Singh and S Sreesanth were promising but sometimes I used to be disappointed with Munaf (Patel). Munaf is one bowler who used to bowl at 150 plus but someone had suggested him to slow down. To me he had some natural gifts. Not many people are bestowed with such attributes.”

Lillee also said that he was never on the same page with the Board of Control for Cricket in India (BCCI).

The Australian said that he loves to do things his way and that might be a reason why the BCCI never utilised his knowledge in the best possible manner.

“It was disappointing for me personally. Got to remember that I have the same relationship with the Cricket Australia too. I do not do anything unless I do them my way. I do not want other people pushing things on me,” Lillee insisted. (PTI)

Decision on DRS in next two days