Over decades, neither Derbyshire nor Northamptonshire has featured in the list of ‘fashionable’ counties. Far away from the fuss over Surrey’s Championship win and the Roses encounter, they produced a thriller at Northampton. Set to chase 233, Derbyshire reached 98 for 1 after Tom Lace (39) and Wayne Marsden (62) added 94 for the second wicket. A mini-collapse followed, and Derbyshire quickly became 122 for 5.

At this point wicketkeeper Harvey Hosein took charge, adding 36 with Alex Hughes (who had taken 4 for 57 and scored 75 in the first innings) and 38 with Anuj Dal. Derbyshire needed 23 when Hardus Viljoen fell and nine when Tony Palladino departed. Hosein finally saw Derbyshire through, though the winning four through fine-leg came from Ravi Rampaul, off Nathan Buck.

The match was Derbyshire’s first one-wicket win since the historic triumph of Dean Jones‘s men over the touring Australians of 1997, where the hosts batted at 5.42 an over in pursuit of 371. The tourists clinched The Ashes 3-2, and lost only First-Class match outside the Tests the one against Derbyshire, at County Ground, Derby, against a team missing Devon Malcolm.

Jones, who had played for Australia till 1993-94, was playing his last season in England (he would quit cricket after playing for Victoria that winter). The tourists had declared twice, on 362 for 6 and 265 for 4. After declaring 105 behind on the first innings, Derbyshire were eventually set 371 in over two sessions against Jason Gillespie, Brendon Julian, Shane Warne, and Michael Bevan. Jones decided to go for it.

Then the wickets fell as Warne (7 for 103) pegged away at the wickets one by one. Vince Clarke, Karl Krikken, and Phil DeFreitas (who had moved from Leicestershire) played vital cameos as Jones stood firm at one end. Derbyshire needed another 28 when Jones finally fell, for 57. Paul Aldred and Andrew Harris got 17 of these before Kevin Dean joined Aldred to finish things off. 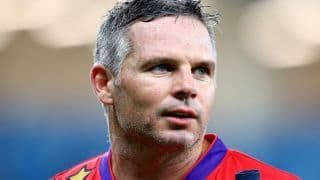 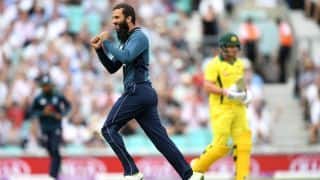