The Dhaka Dynamites have so far been beaten only once, playing five matches while Khulna Titans too have lost only one of their matches playing four.

A crunch contest await the Bangladesh Premier League (BPL) lovers as table-toppers Dhaka Dynamites lock horns with Khulna Titans in Match No. 18 of the domestic Twenty20 (T20) league. The match will be played at the Zahur Ahmed Chowdhury Stadium, Chittagong. The Dhaka Dynamites have so far been beaten only once, playing five matches while Khulna Titans too have lost only one of their matches playing four. Shakib Al Hasan’s boys of Dynamites have been outstanding, putting up all-round performances every time they take field and impressing the spectators while the Khulna Titans have amazed everyone with their run so far despite having a comparatively low profile team. Bangladesh Premier League (BPL) 2016: Schedule and Time Table

In their previous fixture, the Dynamites made a brilliant comeback into the game. They could not pull off a usual batting performance with ample runs coming their way. Their innings ended with an average 148 on the board and the victory could have been Chittagong Vikings’, who were the opponents. But the Dynamites made a comeback with the ball, restricting them at 129 and snatching a 19-run victory out of the Vikings’ paws.

One of the biggest positives for the Dynamites is the experience of their skipper Shakib. Shakib is on of the biggest cricketing stars of the country who has faced almost every nation in the game, playing against different opponents and in varying circumstances. He also has the experience of captaining the national team which comes in handy. Playing at known venues makes his job a lot easier since he knows how the pitches like the back of his hand.

Needless to say, the presence of multiple stars in the team is another reason behind the team’s success. Names like Kumar Sangakkara, Mahela Jayawardene and Andre Russell associated with the team. Sangakkara comes with years of experience of captaining a national team that reached one of their highest peaks under his captaincy. With the two minds working behind a star-studded team, the Dynamites are sure to achieve success in this edition of the league.

Unlike the Dynamites, the Titans rather comprise of younger talents. Led by Mahmudullah, the team has very few players of international stature including their captain. However, the team has outplayed the teams with many big names to their credit and is definitely a threat to the Dynamites. The Titans play on their spirit and team strength which is a very good quality in a team. Every player wants to make their mark with impressive performances as this is a big platform for the players and that intent is what keeps them going.

A big clash will be the death over bowling of the Titans vs the powerful middle-order batting of the Dynamites. In the brief period, Mahmudullah’s last over spell has already become famous for all the right reasons while the opponents have slog hitters like Dwayne Bravo down the order to combat that.

In a nutshell, the Dynamites will play on their strength of a heavy batting and bowling contingent while it is the intent that can make the Titans winners of the match. 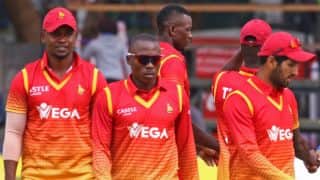 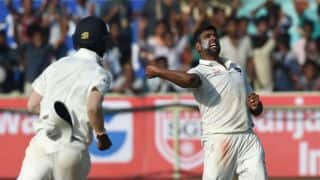