It is Match No. 21 of Bangladesh Premier League (BPL) 2016 as Dhaka Dynamites take on Rajshahi Kings.

It is Match No. 21 of Bangladesh Premier League (BPL) 2016 as Dhaka Dynamites take on Rajshahi Kings. The match will be played at the Zahur Ahmed Chowdhury Stadium, Chittagong. The live cricket streaming of the match is available on Sony LIV, and channel9.com in Bangladesh, while the live telecast of the match is available on Sony SIX and Sony SIX HD, and Channel 9 in Bangladesh. The Dhaka Dynamites are currently at No. 2 of the points table while Rajshahi Kings are second from the bottom of the table. Dynamites are the favourites for the game. Bangladesh Premier League (BPL) 2016: Points table and team standings

The Dynamites have been among the top three for a long time now and have a very good side with big stars. Names like Shakib Al Hasan, Kumar Sangakkara and Dwayne Bravo are associated with the team and the players have proved to be quintessential behind team’s success. On the other hand, the Kings have failed to make any big impact with their game, losing their last to the Comilla Victorians who are placed at the bottom of the table.

Dynamites are also coming from a defeat as their win-rally was stopped by Khulna Titans in their previous game and they eventually lost their numero uno position. This will be a chance for both the teams to get back to winning terms and reinstate themselves as strong teams in the competition for the title. 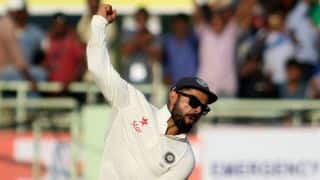