DPL, whose inaugural season concluded on Monday, will serve dual purpose serve as the breeding ground for future national T20 stars and a supply line of local cricketers for Bangladesh Premier League (BPL).

The basic premise of DPL is to develop local talent and BCB president Nazmul Hasan said the tournament will be played every year, with or without the national players.

”We were always told that without national players, we don’t want to play 50-over matches in domestic cricket and the enthusiasm is even lesser for T20 cricket. We wanted to come out of it and we did,” Nazmul was quoted as saying by Cricbuzz on Tuesday.

“The best part is that it was quite competitive, even without national players or overseas cricketers. And people are following it. 61 cricketers made their debuts in T20 cricket and we believe (it) is a great achievement. And among them some of them are quite talented. We feel someday they might even play in the national team.”

Dhanmondi captain Nurul Hasan underlined the importance of the league by giving the example of neighbouring India. “In India, there are a lot of T20 tournaments for their local players. So they learn to play well in the format and later make their presence in IPL as well as T20 internationals. Finally, we also got such a tournament exclusively for the local players,” he said. 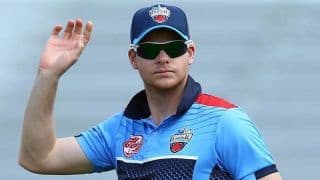