Dhawal Kulkarni will make his One-Day International (ODI) debut for India against England.

Dhawal Kulkarni will make his One-Day International (ODI) debut for India against England in the fourth match of the series at Edgbaston in Birmingham on Tuesday. India won the toss and elected to bowl against the struggling English side. Kulkarni will replace injured Mohit Sharma in the Indian playing XI.

According to PTI, with an unassailable lead in their pocket, India would look to clinch the one-day series against England by putting up another dominating display when the two sides square off in the fourth cricket one-dayer on Tuesday.

The visitors have taken an unassailable 2-0 lead in the series after 133-run (D/L) and six-wicket wins in Cardiff and Nottingham in the second and third ODIs respectively. This was after the first ODI at Bristol was abandoned due to incessant rain.

At Edgbaston then, the Men in Blue will be hoping to wrap things up with one match remaining in the series. Their confidence will stem from the simple fact that England have been unable to challenge them in the two matches played so far. 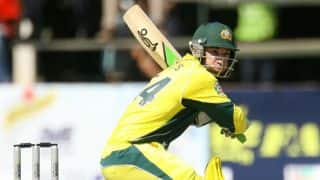 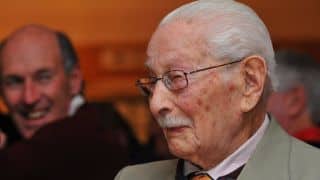 Norman Gordon passes away at 103