Kulkarni got his third call into the Indian squad, though he is yet to play for India.

Dhawal Kulkarni has won his third call-up to the Indian side, but hasn’t yet played a game for the country. In 2009, he was a part of the Indian team for the Test series in New Zealand. And, last year, he was picked for the One-Day Internationals (ODIs) against West Indies, but injured himself. Nishad Pai Vaidya writes about Kulkarni’s latest call-up for the ODIs in England.

It was during the 2008 edition of the Indian Premier League (IPL) that Dhawal Kulkarni first shot to prominence. In the Mumbai Indians side, he bowled alongside Shaun Pollock and impressed with his brisk pace and decent control. Having played for the India under-19 side, he was on the national watch and he made his First-Class debut later that year during India A’s encounter against Australia A. An inspiring maiden outing in the domestic season followed, and he was soon on the flight to New Zealand for the Test series.

Luck hasn’t been on Kulkarni’s side though. Following that maiden tour, he didn’t get an opportunity to establish himself in the Indian side and had to go back to domestic cricket. He continued to feature for the Mumbai Indians in the IPL, but those opportunities too were limited. There were more senior bowlers in the ranks and Kulkarni had to patiently wait for his chances to shine and then charge towards the Indian team. When he finally got selected after a long wait in 2013, he injured himself and wasn’t available for the West Indies One-Day International (ODI) series.

However, Kulkarni now has a chance to put all that behind him with his latest call-up for the Indian one-day side for the tour of England. He had an impressive outing in the Quadrangular Series Down Under for India A and will now want to build on that performance when he joins the Indian team.

The competition for spots isn’t going to be easy. There are many pacers who are vying for the opportunity ahead of the 2015 World Cup. Mohammed Shami, Bhuvneshwar Kumar, Umesh Yadav and Mohit Sharma are in the side and may be ahead of Kulkarni in the pecking order. Not to forget Ishant Sharma, who hasn’t been picked but if he maintains his recent form, he may as well come in. Kulkarni thus faces the odds again and it is a battle he has to fight again! 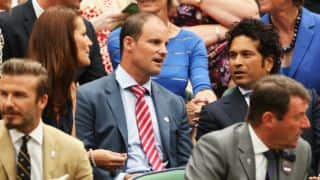