Former India cricketer and manager during the Australia tour of 2007-08, Chetan Chauhan, has slammed opener Virender Sehwag for his batting in the first two Tests against Australia. 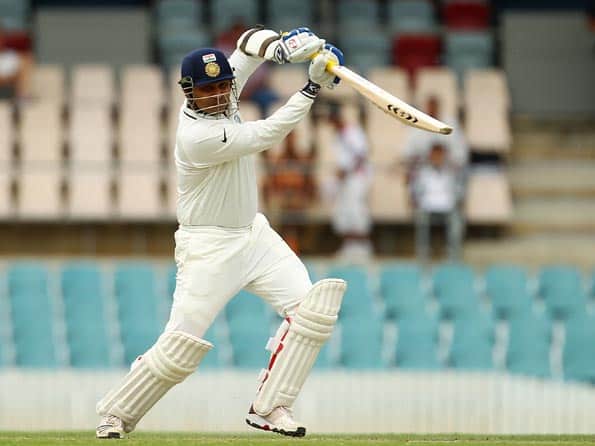 Former India cricketer and manager during the Australia tour of 2007-08, Chetan Chauhan, has slammed opener Virender Sehwag for his batting in the first two Tests against Australia.

Sehwag scored only one half-century in four innings, and registered the figures of 67, 7 & 30, 4 in the Melbourne and Sydney Tests respectively.

“Dhoni has to tell Viru to bat responsibly. He can’t get away playing reckless shots when his team wants him to stay at the wicket. He has to understand the situation and adjust his game accordingly. “I understand his role is to attack the opposition, but it (role) has to change as per the situation. Sehwag must change his game,” Chauhan said.

64-year-old Chauhan was India’s manager during the 2007-08 tour of Australia, and claims to have played a role in getting Sehwag back in the playing XI for the Perth Test.

Sehwag was not included in the first two Tests of the series.

“I suggested a few changes. One of them was bringing back Sehwag into the team. The rest as we know, is history,” Chauhan told MiD DAY.

Sehwag, who scored a fine century in tour game against ACT Invitational XI, slammed 72 runs and took two wickets in the Perth Test.

Also, in the fourth Test at Adelaide, Sehwag scored a fine 151 in the second innings.

The former India cricketer is shocked by poor show of the team Down Under.

“If R Ashwin can score a half century in the second innings of the Sydney Test, then why can’t our frontline batsmen,” he said.

“It doesn’t matter how much you score. We have to tire their (Australian) pacers. Somebody has to play a long innings like Sunil Gavaskar used to do. You have to value your wicket. Our guys need to understand one thing clearly… this is Test cricket and you have to bat with guts and determination,” he added.

“Rohit should be given a chance and he should bat at No 5. “VVS Laxman should be given another chance because he scored a half century in the last Test and looked good. Also, we don’t have an able replacement for Laxman if we decide to drop him,” he concluded.