“Dhoni is every ones. He is a national property, for he has won the World Cup for the entire country. Isn’t it ?” asked Munda when his reaction was sought on Dhoni reportedly lending his name to tiger conservation at Corbett Tiger Reserve in Uttarakhand, his family’s origin.

“For us he is by birth brand ambassador (of Jharkhand),” Munda said, asked whether Jharkhand government would also make him an ambassador like Uttarakhand.

Jharkhand has Palamau Tiger Reserve and Dhoni has reportedly promised to promote tiger conservation at his home state too.

The electronic media today kicked up a controversy after a newspaper report said that the cricketer preferred to promote Corbett Tiger Reserve in Uttarakhand, instead of doing that at Jharkhand. Tendulkar’s achievements can’t be measured by one award: Bhupathi 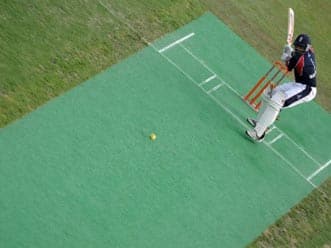