Chennai Super Kings were rocked early but recovered remarkably well to get to 188 for 4 in their 20 overs. The innings was set up by a dazzling 74 from the willow of Murali Vijay, supported by a 56-ball 66 from the ever-dependable S Badrinath and rocketed off by 43 from 20 deliveries from the bat of MS Dhoni’s bat in the end. 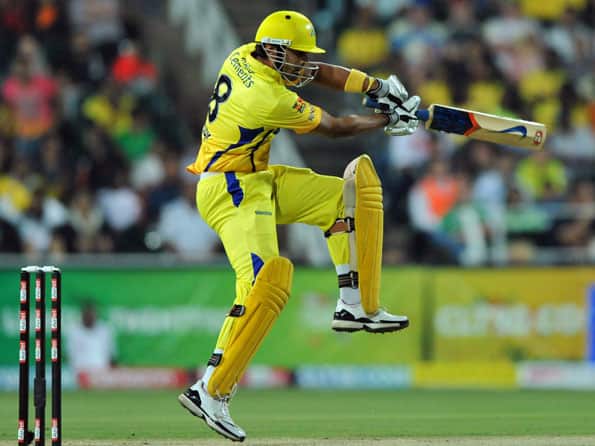 Chennai Super Kings were rocked early but recovered remarkably well to get to 188 for 4 in their 20 overs. The innings was set up by a dazzling 74 from the willow of Murali Vijay, supported by a 56-ball 66 from the ever-dependable S Badrinath and rocketed off by 43 from 20 deliveries from the bat of MS Dhoni’s bat in the end.

Before this game, the two teams, Chennai Super Kings and Kings XI Punjab had played seven times and Chennai had won six and the seventh was tied (later won by Punjab). After only two balls into the game, the Kings XI Punjab looked to be on their way to amend that record.

Praveen Kumar got two to swing into the batsmen, who were left clueless by the prodigious movement and were dismissed without getting a run on the board. Chennai 0/2.

Unfortunately, those were the only two that the Kings XI Punjab got for a while. For a long time in fact. The pendulum swung slowly from the Super Kings looking like they were in line to be bowled out quickly to recovering a tad by the time the Powerplay overs had elapsed to getting into a pounding frenzy that took the early advantage totally away from the home team’s grasp.

The two wreckers-in-chief were Murali Vijay and S Badrinath. After playing out a maiden over from Praveen Kumar first up, Ryan Harris conceded only nine in his first two, sandwiching another Praveen over that went for four.

The first signs of aggression came in the fifth over when the Punjab skipper kept Praveen Kumar for another over – a decision that cost him 14 runs and the loss of momentum. Ryan McLaren ensured that the run-flow was stalled but only for an over before the pair went ballistic.

Chennai were 31 for 2 after six overs and the run-rate went above six for the first time in the ninth over only. However, by then, Punjab’s lesser bowlers had come on to bowl and that played into the hands of the well-set duo.

Purchased for a near-million dollars, Piyush Chawla was greeted with a boundary off the first ball by Vijay and conceded 12 in his second. New-comer, left-arm spinner Bhargav Bhatt was brought into the attack and went for 11 in his first and nine off his second including a patented six over mid-wicket from Vijay that brought up his half century.

A couple of fours followed in the Harris’ comeback over in the 14th, before there was a six and a four in Chawla’s next. The shoulders had dropped even as Vijay’s innings was ended in that same Chawla over and that coupled with MS Dhoni’s excellent finishing skills and clueless Punjab bowling meant that Super Kings had murdered 62 in the last five overs of the innings. This included the 18th over from Praveen Kumar who went for 22 in his fourth after having conceded 15 from his first three overs.

Dhoni was dismissed off the last ball of the innings but by then the Super Kings had raced off to the highest score of this season. 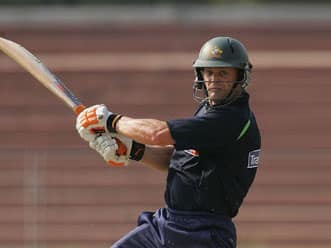 Lankan board bracing for showdown with BCCI over calling back players