Dhoni says it's good to see bowlers hunting in a pack

Dhoni says it's good to see bowlers hunting in a pack

Indian captain Mahendra Singh Dhoni credited India's new bowling attack for the massive innings and 15 run victory in the second Test against the West Indies at the Eden Gardens on Thursday. 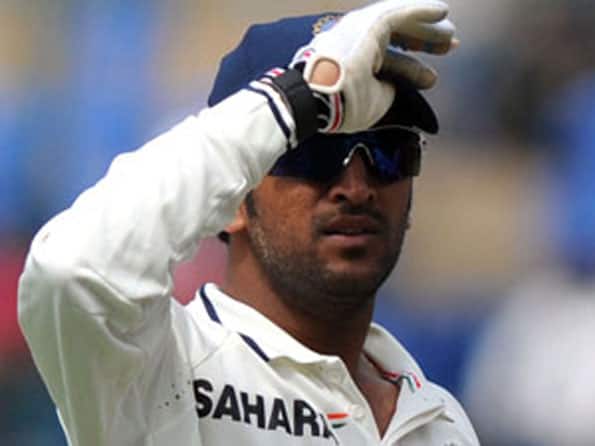 Indian captain Mahendra Singh Dhoni credited India’s new bowling attack for the massive innings and 15 run victory in the second Test against the West Indies at the Eden Gardens on Thursday.

“The bowlers are hunting as a pack, it doesn’t matter who is taking the wickets,” Dhoni said after the match was wrapped on the fourth day.

Dhoni was all praise for Umesh who finished with a match haul of seven wickets.

“Umesh can really bowl over 140kph. Ishant also bowled well. The bowlers are taking the responsibility. The first innings was perfect. We got off to a good start and the middle order capitalised and we put up a par plus score. It was a lot of runs to defend. The fast bowlers gave us breakthrough and the spinners capitalised.

“After that we had to be patient. (Darren) Bravo batted superbly well, supported by (Shivnaraine) Chanderpaul and we were looking to get the key wickets to finish the match.”

“Good to see that we bounced back in the second innings. We could have post a challenge had we batted well in the first. Spin has been a difficult area for us. We just have to continue working.”

“India showed us how to bat. We have to apply. We were in a hurry in the first innings and lost wickets in clusters.”

On Bravo’s century, he said: “He is showing signs of brilliance and hope he continues to grow from strength to strength. He is a young player and he has appetite for big scores.” (IANS)