Indian captain Mahendra Singh Dhoni admitted that "nothing has clicked for the team" so far in the Test series against England and they have only played to 60 per cent of their potential. 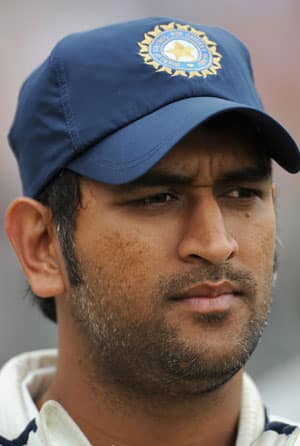 Indian captain Mahendra Singh Dhoni admitted that “nothing has clicked for the team” so far in the Test series against England and they have only played to 60 per cent of their potential.

“Nothing has clicked for us in this Test series. We have only managed to perform upto 60 to 65 per cent of our potential. The key to doing well at the highest level is the ability to keep the good balls away and punish the loose deliveries consistently. We didn’t do that,” Dhoni said after they were thrashed by an innings and 242 runs to lose the series and the world number spot at Edgbaston here.

Questioned about the worrying factor that the margin of loss is getting bigger and bigger, Dhoni answered, “A loss is a loss. We need to work a lot on both batting and bowling front. Congratulations to England for being the No. 1 side.”

As usual Dhoni tried to play down the issue of rankings which he has always done during his interaction with the media.

“I have always stressed about playing consistent cricket. Being number 1 or not is not of much importance. But as a unit you need to play consistent cricket. Once you are at the top, it’s like a Cat & Mouse game where other teams are trying to catch up with you. This is the first series that we have lost in last two and half years,” Dhoni stated.

Dhoni also sidestepped the raging issue about lack of preparation which may have led to this disaster.

“I never really thought about it. We have tried to utilise whatever opportunities we got.”

The skipper felt that although fans expect them to win each and every series, it is not possible practically.

Dhoni couldn’t explain the reason why his much-vaunted batting line-up has failed to cross 300-run mark in six innings. But he ruled out that age was a factor with his premier batsmen.

“It is difficult to explain but I believe we have to be more consistent while punishing loose deliveries. As far as the age is concerned, they (Dravid, Tendulkar, Laxman) are the best in the world and have the ability to bounce back,” he defended.

Asked about his team’s shoddy fielding, Dhoni gave another cliched answer. “We are obviously not the best looking fielding side in the world but our boys give 100 per cent. It’s of no use to point fingers at individuals after a defeat.”

The only positive that the Indian skipper felt about having emerged from this series defeat is the long spells from bowlers. “The bowlers have sent down around 600 overs and have bowled well since West Indies. It’s the batting where we need to put in more effort and play for pride,” Dhoni was quoted by PTI.

Dhoni feels Dravid should have appealed for DRS