Mahendra Singh Dhoni believes India's World Cup winners have a duty to ensure that the country's next generation of players can profit from the success of the class of 2011. 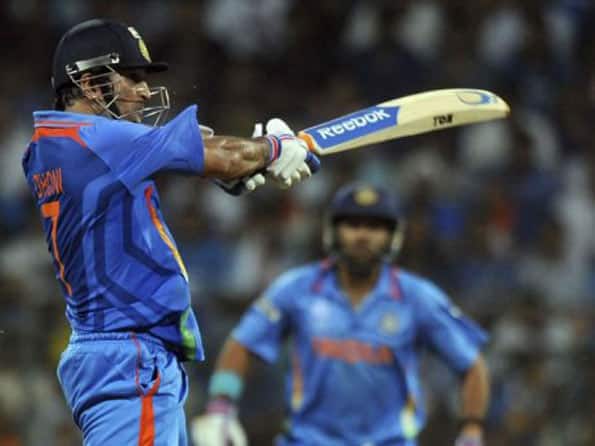 Mahendra Singh Dhoni believes India’s World Cup winners have a duty to ensure that the country’s next generation of players can profit from the success of the class of 2011. Dhoni, who played a captain’s role with his man of the match 91 not out in Saturday’s six-wicket win over Sri Lanka, said the seeds of victory were planted in the 1983 title triumph of Kapil Dev’s side.

The nurturing has continued ever since, albeit with varying degrees of success. “It started with the 1983 win. And two big players Anil Kumble and Sachin Tendulkar came on the scene, followed by Sourav Ganguly and Rahul Dravid,” said the skipper.

“It is due to them we are getting a lot of money and respect. We are trying to pass it on to the next generation.” Dhoni also insisted that success in the World Cup final is a reflection of the growing might of India itself. “In the last three to four years we have done well in shooting, badminton, tennis, hockey and football as well,” he said. “We are growing as a sporting nation. But cricket is special because of the infrastructure.”

Dhoni explained India’s World Cup win had been the result of months of careful planning and preparation. “We have achieved something great. About one-and-a-half-and a half years ago, we had set our eyes on the World Cup. Whatever we were doing on the field, we had a long-term goal to do well in the World Cup.

“We peaked at the right time and carried that momentum into the final,” explained the wicketkeeper after a tournament where India lost just the once, to South Africa, and tied with England. India have a packed upcomimg programme, including tours of the West Indies, England and Australia before the year is out, as well as home internationals.

Yet before any of that comes the latest lucrative edition of the Twenty20 Indian Premier League, starting on April 8, with Dhoni having led the Chennai Super Kings to victory in 2010. “I don’t think (we are) getting enough time (off). There’s no time to realise we have won the World Cup.”

Dhoni praised his players for their performances and their ability to put to one side the huge expectations of his cricket-crazy nation. “I’m lucky. I always get good players. The players have responded to me even if it’s a Test side, where there were senior players who were part of the side before I started playing for India,” he said. “Then, the youngsters coming in have contributed a lot, they have been willing to give more than 100 per cent.”

He added: “It was the character of the individuals that helped us win this trophy.” Dhoni led from the front on Saturday as India, chasing 275 after Sri Lanka made 274 for six, won by six wickets to defeat their Asian rivals at the Wankhede Stadium.

Manic enthusiasm for cricket combined with India being the world’s second most populous nation has long made it the sport’s economic powerhouse. But under Dhoni’s captaincy and the coaching regime of Gary Kirsten, now set to return to his native South Africa, India’s performances have started to match their financial muscle and influence in the corridors of cricket power.

All that was brilliantly summed up on the field by Dhoni. Having taken the bold decision to promote himself above man-of-the tournament Yuvraj Singh, despite his own recent lack of runs, Dhoni finished the match by driving seamer Nuwan Kulasekara for six. Dhoni is now the only captain to have lifted both the World Twenty20 and World Cup trophies.

Tendulkar has carried the burden of the nation for 21 years; It was time we carried him: Virat Kohli