Diana Edulji has continued her opposition to the appointment of WV Raman as the new head coach of the Indian women cricket team.

Committee of Administrators (CoA) member Diana Edulji has continued her opposition to the appointment of WV Raman as the new head coach of the Indian women cricket team. Instead, she has questioned why the BCCI was in such a rush to replace Ramesh Powar, Raman’s predecessor, considering it had taken its sweet time while finalising Ravi Shastri’s name as the head coach of the men’s cricket team.

The discord between Edulji and CoA head Vinod Rai has been out in the open since the return of Rahul Johri as the BCCI CEO. Johri was accused of sexual harassment following which Rai constituted a three-member committee to investigate the claims.

The rift deepened when Edulji expressed her disappointment at the women’s coach selection process. As per The Times of India, Edulji has written an email to Rai in which she has asked why the timelines were changed/extended when it came to the men’s team.

“The CEO & yourself in the past had changed/extended timelines for an individual who eventually became the head coach of men’s team, then how is it that you have suddenly found it difficult to give time to CAC which comprises of great legends the country has known (Sourav Ganguly, Sachin Tendulkar and VVS Laxman) or extend the contract of the coach Ramesh Powar. Please recall the time when the men’s team went without a coach to West Indies and late Doc Sridhar was asked to be with the team, as timelines were extended and CAC was allowed to complete its process of selecting a coach,” Edulji wrote.

She further added, “If the CEO, CFO and GM Cricket Operations in charge of women’s cricket do issue a new contract, then they will be liable for financial damages to the BCCI.” 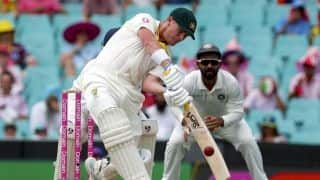