The Bangladesh Cricket Board president Nazmul Hassan categorically denied that the board had forced Shakib Al Hasan to put off the surgery on his injured finger till the Asia Cup.

The Bangladesh Cricket Board president Nazmul Hassan categorically denied that the board had forced Shakib Al Hasan to put off the surgery on his injured finger till the Asia Cup.

The 31-year-old injured the little finger on his left hand during a one-day game in January and was sidelined for two months before he returned to the field in March.

He wanted to undergo surgery before the Asia Cup, but according to reports, the Bangladesh Cricket Board insisted on playing him in the key tournament.

We did not force him to play and it was his decision [to take part in Asia Cup], Nazmul told reporters on Tuesday.

I asked him not to take such a big risk and to go and talk with a doctor. He then said that the physio has told him it won t be a problem. I asked him whether it can get worse by playing and he said no, added Nazmul.

Conflicting reports continued to emerge over Shakib s availability for the Asia Cup but the Test and twenty20 skipper eventually played in the tournament, but was forced to sit out of the crucial final Super Four match against Pakistan and subsequently, the the final against India.

Shakib underwent an emergency operation on his finger on September 27 in Dhaka after it became affected by a bacterial infection. Doctors cleared a large amount of pus from his infected finger and advised him to undergo a second surgery once the infection has cleared.

Later on, Shakib said that his injured finger may never be cured 100 per cent and and the main focus for him is to cure the infection that had affected the finger and will have to undergo a second surgery.

He will be out of action for at least three months meaning he will miss the home series against Zimbabwe and West Indies. 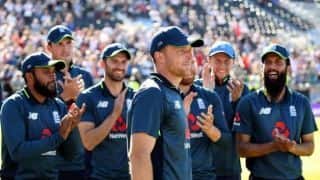 England are happy being favourites against Sri Lanka: Jos Buttler 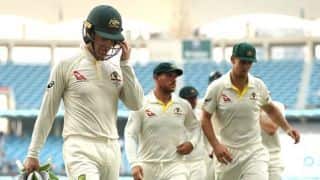