KXIP owner Priety Zinta was unhappy with team coach Sanjay Bangar's tactics, and allegedly threatened him to be sacked.

Following Kings XI Punjab‘s (KXIP) one-run loss to Royal Challengers Bangalore (RCB), in Match 39 of the ongoing Indian Premier League (IPL) 2016 at the Punjab Cricket Association (PCA) Stadium in Mohali on Monday, it appeared that KXIP owner Preity Zinta was unhappy with team coach Sanjay Bangar‘s tactics, and allegedly threatened him to be sacked. She seemed to be upset with the batting order, as the loss meant KXIP languishing at the bottom of the table, while she was reported to have lashed out at Banger in the dugout, in presence of players and staffs. Although they both denied the incident, but witnesses confirmed the report. FULL CRICKET SCORECARD: Kings XI Punjab vs Royal Challengers Bangalore, IPL 2016, Match 39 at Mohali

They denied to be quoted and refused to give an interview for the topic, as sources say that Preity was unhappy to send Farhaan Behardien ahead of Akshar Patel. “It was a long monologue with a four-letter being used liberally. Everybody was stunned as Preity repeatedly threatened to sack Sanjay. Nobody spoke a word. Sanjay cut a sorry figure which was sad because he was surrounded by young players and support staff he is supposed to lead. It was rather unbecoming of the team owner,” a source said, reports Mumbai Mirror. Preity Zinta rubbishes lashing out at KXIP coach Sanjay Bangar after IPL 9 match defeat to Royal Challengers Bangalore

It was also reported that Preity used the ‘F’ word again and again, as she charged the coach in presence of the whole team and staff. Not just she was done with her angry outburst, but was also inconspicuous, as she4 missed the presentation ceremony following the match. Instead tam manager Varoon Parmar said that Preity’s mother was sent for the presentat6ion, as it was Mother’s Day, but he forgot that the match was held a day after the Mother’s Day.

Although co-owner Ness Wadia did not respond to calls, fellow co-owner Mohit Burman said, “I left immediately after the match, but I don’t think there was any serious incident. Next day, both Sanjay and Preity met and all was normal between them.” 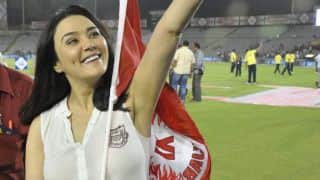 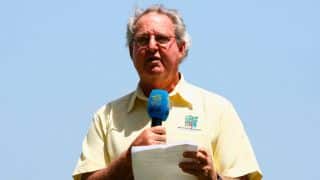