Archer also revealed what he was going through when the auctions were taking place.

As he had not made his international debut back then, English allrounder Jofra Archer, who was brought onboard by Rajasthan Royals for a whopping Rs 7.20 crore in the 2018 IPL Auctions in January 2018, thought he would not get to play a single match in that edition of the cash-rich Indian Premier League.

Archer recalled that he had just been done with a Big Bash League match for Hobart Hurricanes when his name came up in the auction.

“I was obviously excited! I had just got off the field two or three hours earlier, we (Hobart Hurricanes) had a game in Melbourne and had just beaten the (Melbourne) Stars,” Archer told RR spin consultant Ish Sodhi on the Rajasthan Royals’ podcast.

Archer also revealed what he was going through when the auctions were taking place. He said he was happy because he was going to go to India as he was confident getting picked by a franchise.

“When I saw the bidding start a few teams were going at it, and I was thinking ‘wow I’m actually going to get to go to India for sure’, so I was even happier than when the bidding started because I knew for sure that at least I would get to be associated with a franchise,” he added.

Archer said that he felt RR spent a bit more than he thought they should have.

“But I was still grateful regardless, and then in the next few months I ended up being in India. That’s where I met most of the guys, the squad hasn’t really changed going into the second year and the third year now, it has still been the majority of the same guys. I think that is a great thing that Rajasthan are doing, to keep the core of the team the same,” he said. 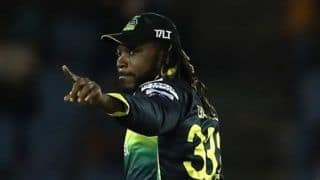