Encouraged by India's thumping nine-wicket win in the first Test at Ahmedabad, former chief selector Dilip Vengsarkar hoped the home team would pay back England with a 4-0 drubbing, similar to what the visitors did last year in their backyard. 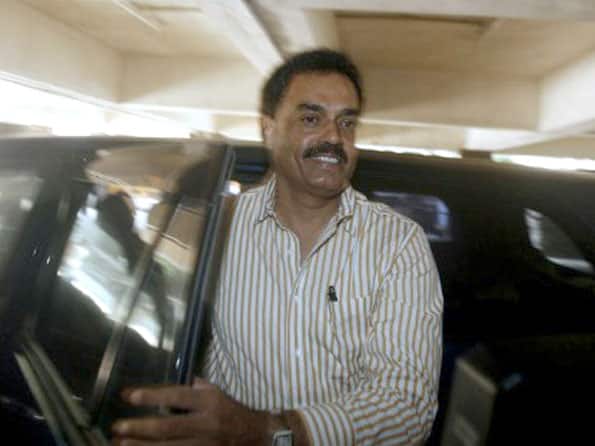 Encouraged by India‘s thumping nine-wicket win in the first Test at Ahmedabad, former chief selector Dilip Vengsarkar on Tuesday hoped the home team would pay back England with a 4-0 drubbing, similar to what the visitors did last year in their backyard.

“The way we have played the first match, a very important match for the team, they did extremely well. They look a better team. I hope they have a clean sweep,” Vengsarkar told reporters on the sidelines of a book launch event here.

India were whitewashed 0-4 in the 2011 series in England.

While wishing that recalled off-spinner Harbhajan Singh, who was picked in the squad after nearly a year, would get a chance to display his skills, Vengsarkar conceded that the feisty Punjab bowler would have to be included in the playing XI only at the expense of another spinner.

“Harbhajan is an outstanding bowler. I hope he gets in some time during this series. But you can’t have the luxury of having three spinners. You can only have two spinners because you have only four bowlers — two medium pacers and two spinners,” said the veteran of 116 Tests.

Vengsarkar was of the opinion that the Wankhede Stadium wicket for the November 23-27 Test would have some juice in it for the fast bowlers initially.

“Mumbai will have something for the fast bowlers in the first few days at least,” he said.

Vengsarkar sided with Mahendra Singh Dhoni‘s demand for turning tracks from day one.

“It’s upto the home team and they should get the advantage. They must play to their strength and he (Dhoni) feels that (Pragyan) Ojha and (Ravichandran) Ashwin are his strengths,” said the former captain.

He also urged the visitors to include left-arm spinner Monty Panesar and was surprised that he was not included in the first Test as he thought he could trouble the Indian batting order.

“I am surprised that they haven’t played Monty Panesar. I hope they play him in the next Test match because he is a good spinner and can trouble the Indian players.

“Having said that, India looks a better team and I am sure they will win the next one as well,” Vengsarkar said, adding the visitors will perform better in the series after getting acclimatised to the conditions.

About Cheteshwar Pujara, who notched an unbeaten double century in Ahmedabad, Vengsarkar said the Rajkot player will be on the cricketing scene for a long time as he has shown the ability to play big innings.

“He scored a double hundred and a hundred (against New Zealand in the Test at Hyderabad) before that. He is very focused and very sincere. He is very disciplined and has the ability to play long innings, which is important.

“That is not the case with many because they are playing ODIs and T20s also. Pujara has shown the temperament for Test matches. I am sure he will be here for a long time,” Vengsarkar said.

Former captain Kapil Dev said that if Pujara continues to play in the same manner, “he will become a big player”.

Steven Finn ruled out of second Test against India