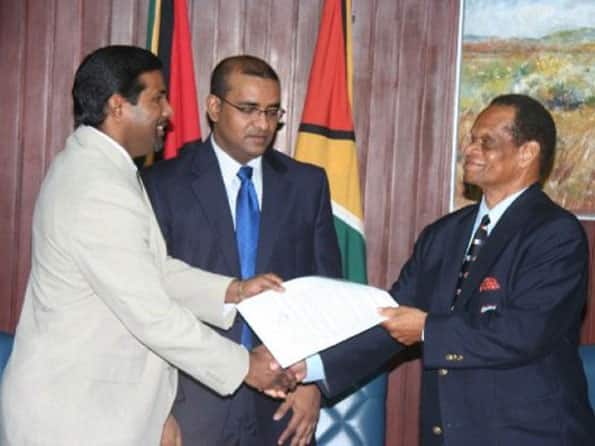 In brief statement posted on the WIPA website Monday, the players union board of directors announced Ramnarine’s resignation and said that it came “as no surprise, since the long-serving and deeply committed Ramnarine has always advocated and sought to refresh and reinvigorate the organisation with new leadership.”

“Mr. Ramnarine shared last year that 2012 would be his last year with the organisation,” said WIPA secretary Andrew Richardson.

“He has now completed a perfect decade. We wish to recognise that he has served meritoriously over those ten years.”

Hinds, a former West Indies batsman, said Ramnarine’s resignation was a “depressing day” for cricket in the region.

“It is truly a depressing day for West Indian cricket to see Mr Ramnarine depart. We were well advised that this day will come but hoped it would never materialise,” Hinds said.

“We are all saddened by his decision, given his outstanding contribution and great personal sacrifice to WIPA. In the face of all adversity, his credibility and integrity, combined with his strong leadership qualities remain some of his strongest and greatest attributes, taking WIPA to great heights.”

Ramnarine has become the face of the organisation since taking over as president 10 years ago, and has been at the forefront of many bruising battles with the West Indies Cricket Board (WICB).

During his tenure, Ramnarine managed to institute a formal collective bargaining agreement for players and only this month, won a legal battle to keep the agreement in place.

He also successfully negotiated an increase in first class and international fees for players and also won several disputes with the WICB.

Under Ramanrine, however, there was a marked decline in the relationship between WIPA and the WICB, with the Board deciding last year to sever ties with the Trinidadian.

Following a heated meeting in Jamaica last June to resolve the Chris Gayle impasse, the WICB said: “The Board will no longer engage with Ramnarine on any issue unless there is a change in his behaviour and conduct.”(IANS)