Dinesh Chandimal was banned for a match, handed 2 suspension point, and docked his entire match fee.

Sri Lanka skipper Dinesh Chandimal has appealed against the one-match ban handed to him, the International Cricket Council (ICC) confirmed on Thursday. On-field umpires Aleem Dar and Ian Gould and third umpire Richard Kettleborough had charged Chandimal after the third day’s play between Sri Lanka and West Indies on Saturday with changing the condition of the ball in breach of clause 41.3 of the ICC Standard Test Match, ODI and T20I Playing Conditions. Following the incident, Chandimal and the entire Sri Lanka team had refused to take field for two hours.

BREAKING: Dinesh Chandimal has appealed against the match referee s findings that saw him suspended for one Test after being found guilty of changing the condition of the ball. pic.twitter.com/2tmoYSQGOd

After his appeal, Chandimal will not miss the third Test of the series while the global cricket body will have to appoint a Judicial Commissioner to hear the case. Apart from the ban, Chandimal was also handed 2 suspension points beside being fined 100 per cent of his match fee. West Indies were also awarded 5 penalty runs.

After losing the first Test and conceding a lead in the second, Sri Lanka came back strongly to gain upper hand. They were favourites to win the second Test before it rained and light deteriorated. In hindsight, Sri Lanka probably did their own cause harm by delaying play for two hours, as mentioned above, on Day Four. 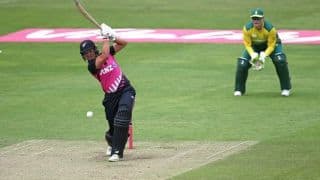 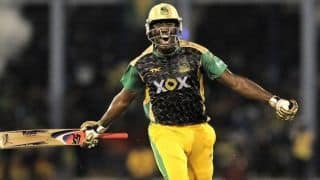