Chandimal, besides captaining the side, scored an unbeaten 155 and 62 in the four innings, setting an example for his team as an efficient leader.

Dinesh Chandimal had a lean patch before the Pakistan series. He was against the odds when India whitewashed his team at home. To add more to the fire, no team had won a Test series in UAE against Pakistan. However, forms and fortunes do change.

Not only did Chandimal perform well with the bat but also led Sri Lanka to a brilliant 2-0 win over Pakistan in their home away from home. The victory, coming at a time when Sri Lanka needed it the most, holds a lot of importance for the team and former captain Kumar Sangakkara praised Chandimal for his captaincy. Chandimal, besides captaining the side, scored an unbeaten 155 and 62 in the four innings, setting an example for his team as an efficient leader.

“It was a well deserved win. The team showed focus and put in lot of hard work. Great leadership from [Dinesh] Chandimal and others like Rangana [Herath] and Dilruwan [Perera]. The way Chandimal absorbed the pressure in the first Test putting his ego aside was great to watch. People say that he was too slow, but come on, this is Test cricket. That is how you play Test cricket. He took Sri Lanka into a dominant position and it gave the team time to bowl them out, Sangakkara told cricbuzz after Sri Lanka s victory in the second Test.

“His captaincy was excellent. The way he manoeuvered the field was superb when Pakistan were chasing. The responsibility he took to bat long and deep was great to watch,” he added.

Chandimal gained a lot of mentoring and motivation during Sri Lanka cricket s programme where the senior players take the juniors out for meals. However, Sangakkara said he did not have to groom an already gifted Chandimal too much.

“With Chandi, I didn’t have to do a lot. He was just tremendous. I used to talk to him on stuff like how to bat for long and when to accelerate and when to slow down. Passing on tips like how to go from your 40s to 100.

“Chandi to me is an excellent batsman. Unfortunately he was in and out of the side and his confidence was ruined. He started doubting himself. I have watched him bat in places like England, Australia and South Africa and he was tremendous. His record is excellent. He is a superb ODI player too. He has now started taking more responsibility and his knock in Abu Dhabi showed what he is capable of.

“Chandi should not only just play Test cricket, but he should be part of the team in all three formats. He should be batting at number three or number four; would be ideal for him. He is the guy for us if we are looking long term. Unfortunately he has lost about three years of his cricket but we are yet to see the best out of him. Hopefully he will go onto make 10,000 runs in Test cricket,” Sangakkara advised. 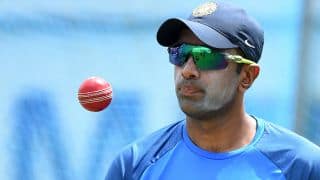