Sri Lanka will play the final Test of the series at the prestigious Lord's cricket ground and Chandimal has revealed that he had in mind to score a couple of centuries against England at their home ground.

As England pocket the 3-match Test series 2-0 straightaway, Sri Lanka‘s Dinesh Chandimal prepares himself to get yet another century in the upcoming Test. Sri Lanka will play the final Test of the series at the prestigious Lord’s cricket ground and Chandimal has revealed that he had in mind to score a couple of centuries against England at their home ground and will surely eye a century in the next match. Sri Lanka lost both the first two Tests against England but Chandimal provided a good fight back with his batting, scoring 126 in the second Test match. READ: Sri Lanka take confidence into next match despite defeat

Talking to Cricbuzz, Chandimal revealed, “I set myself a challenge when I left Sri Lanka, which was to score two Test hundreds in England. It’s a massive challenge to play here at this time of the year. The good thing is that we had adequately trained before the Test match.”

“The real feel on our first day of training at Chester-le-Street was three degrees Celsius. You can’t simply take that kind of cold. I remember going out to bat at practice and I couldn’t grip the bat. Even after batting for 15 minutes or so, you don’t get the feeling that you are holding a bat. They were tough conditions. I can’t forget the 163 I scored against India at Galle last year, because that was a special knock and contributed to a win, but I take satisfaction from having batted well in these conditions as well,” the cricketer said about his experience in English conditions. 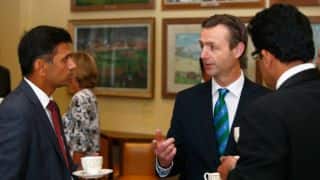 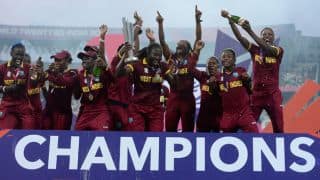