Dinesh Chandimal's ton has given Sri Lanka a fighting chance of winning the match.

Galle: Centurion Dinesh Chandimal said that his plan of countering the Indian spinners worked well as he helped Sri Lanka fightback from a precarious position to stay alive in the first Test here Friday. Sri Lanka rode on Chandimal’s career-best 162 not out to post 367, giving the visitors a winning target of 176. Registering his fourth Test ton, Chandimal admitted that his well though-out moves paid rich dividends. “Before I went out to bat I was thinking in the dressing room what I was going to do in the middle. I was going to reverse sweep and sweep to put pressure on the bowlers. I did that. I’m really happy with the way I handled their spinners.” READ: Dinesh Chandimal’s battling unbeaten 162 could be a career-defining innings

It was difficult to bat on this kind of pitch. I tried to rotate the strike. I tried to put the pressure on the bowler so I could get a loose delivery from him. I’m over the moon with the way I played in that situation. I handled that situation like a duck to water. Also, [Lahiru] Thirimanne and Jehan Mubarak they also batted really well, and even [Angelo] Mathews and [Kumar] Sangakkara, so credit goes to them as well,” said Chandimal. READ: Kumar Sangakkara’s final battle at Galle

Lanka were struggling at 95 for five in the morning session when Chandimal was joined in by Lahiru Thirimanne (44). The duo stitched a crucial 125-run sixth-wicket stand, though their stay was helped with a couple of umpiring howlers. “It was difficult to bat. Three or four wickets were down by the time I went to bat. It was a difficult time to bat. But decisions are part of the game. Sometimes you get good ones, sometime bad ones. It’s cricket,” Chandimal said. READ: Dinesh Chandimal’s superb 162* guides Sri Lanka to 367; India need 176 to win 1st Test at Galle 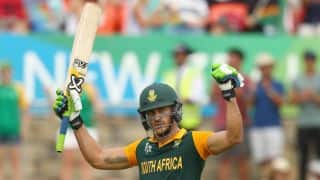 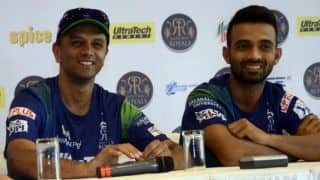