Lankan skipper Dinesh Chandimal defended the aggressive approach vs South Africa by saying that it wasn't pre-planned to play aggressive, but it was the way it happened.

With Sri Lankan batsmen in the form of Dimuth Karunaratne, Kusal Perera and Kusal Mendis, all being dismissed on a similar occasion for aiming to be aggressive and playing ambitious strokes, against hosts South Africa in the first of the three-Test series at the St George’s Park in Port Elizabeth, Lankan skipper Dinesh Chandimal defended it by saying that it wasn’t pre-planned to play aggressive, but it was the way it happened. The opening three wickets was a cause of consternation. However, in reply to South Africa’s 286, Sri Lanka were struggling at 22 for the loss of 3 wickets. Kusal Perera’s ambitious effort off Vernon Philander was one of the most criticised ones.

“There was no specific plan to score fast. We know that that we use Kusal Perera to score quickly, but unfortunately he got out early. This is a tough wicket to bat on. We did make some mistakes and gave them some easy wickets. We need to fight back tomorrow and get as close as we can to their score,” said Chandimal, reports ESPNCricinfo. “Since Kusal is playing at No. 3, I am given the wicketkeeping duties. I can’t bat that high because otherwise I’d be tired from keeping. We’ve given some opportunities to the young guys in our team, and they didn’t take them today, but hopefully they will in the second innings,” he added.

“Dhananjaya is an opener, but we have a settled opening combination. He’s also very good when it comes to batting with the tail. If he can get us a few more runs, it will give us some momentum,” he concluded. 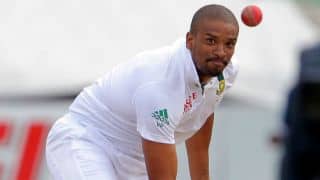 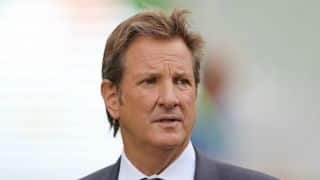