Dinesh Chandimal has said that the five-bowler strategy used in the Tests against Pakistan would not work against hosts India.

Visitors Sri Lanka are coming off an impressive show in the Test series against Pakistan in the United Arab Emirates (UAE) after making a clean sweep of 2-0. However, skipper Dinesh Chandimal has said that the five-bowler strategy used in the Tests against Pakistan would not work against hosts India. Instead, he says that Lanka would be reverting back to the four-bowler strategy to make space for an all-rounder in the side against India’s lethal bowling attack. Lanka’s last Test series against India was back in August at home, where they were whitewashed 0-3 by the might Indians, as they aim for some payback in this return series. FULL CRICKET SCORECARD: India vs Sri Lanka 2017-18, 1st Test at Eden Gardens

On the bowling strategy against India

“Against Pakistan, we played six batters and five bowlers that worked really well especially in the heat [in UAE]. It was never easy to play four bowlers and win a game. But India have got some really good bowlers, so we need to think about that all-rounder position. We will see the pitch and come up with our plans. We all know India are No 1 team at the moment. They have played some really good cricket in last two years. We have done really well against Pakistan. We did well as a team. I am sure guys are looking forward to take this challenge,” said Chandimal, as reported by PTI. Sri Lankan team arrive in Kolkata ahead of Test series vs India

On the challenge in this series

“This will be a challenging series for us. It’s nice to be here with the spectators, we love to play here. I don’t want to look back but look forward. We have done well versus Pakistan. The boys are in a good shape and we look forward to take the challenge against India. As a team, we have something up our sleeves, we need to execute that on the field then we can compete with the Indian team.”

“We have never won a Test in India, it’s a dream for everyone. This is a first game we are playing in Kolkata. It’s always a pleasure playing in front of Kolkata spectators. We need to start well as a team and looking forward. This is my first Test tour to India. Apart from Angelo Mathews and Rangana Herath, others having a first tour here in India. It’s really good challenge for each and everyone. But we have something up our sleeves. You will see our plans in one week’s time and what are we going to do against them.” 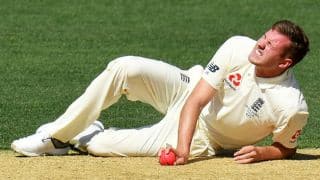