Their Christian wedding took place on August 18 in a hotel in Chennai.

Dinesh Karthik and Dipika Pallikal completed their vows as the couple tied in a Telugu ceremony on Thursday after their Christian wedding which took place on August 18 in a hotel in Chennai that was a grand affair and was attended by their relatives and friends. Karthik and Dipika reportedly danced to Ranbir Kapoor and Deepika Padukone-starrer Yeh Jawani Hai Deewani’s songs post their ceremony. The party after their first wedding went on till about 1 AM. It started with a flash mob toasting the couple, as the DJ played the IPL hoot and then Dinesh made his entrance on a bicycle. Dipika, who was already waiting for Dinesh inside the venue, joined him, and the duo danced to Badtameez Dil from Yeh Jawaani Hai Deewani. READ: Wriddhiman Saha’s 56 guides India to 386/8 at lunch on Day 2 of 2nd Test against Sri Lanka

“After they were done with the jig, rest of us joined them. The party took off in full swing while we danced to several foot-tapping Tamil numbers. Then, the girls danced to Sheila Ki Jawani -it was a superbly co-ordinated performance. All the dances were well choreographed, as we had all practised for almost 10 days at Dipika’s house,” a friend of Dipika was quoted as saying by Bombay Times.

Earlier, Dipika hosted a private bachelorette party which was an all-girls and 15 of her close friends were invited. “Dipika had a blast on Sunday afternoon at her bachelorette party. Keeping to the theme of the party, all the guests were dressed in pink. However, Dipika sported a white dress, with a huge pink veil. Her Australian coach Sarah Fitz-Gerald was one among the guests.” READ: Irfan Pathan quits Jhalak Dikhla Jaa mid-way to prepare for preponed domestic cricket season 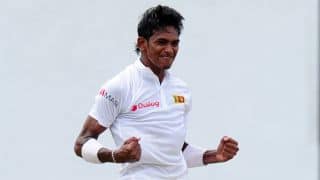