Karthik revealed that Morgan - who was already the limited-overs captain of England - did not want added pressure as he just wanted to enjoy playing the IPL.

London: India cricketer-turned-commentator Dinesh Karthik revealed his side of the story after stepping down as Kolkata Knight Riders captain in the middle of the 2021 season. During a recent conversation with Gaurav Kapur, Karthik revealed how the management helped him through the process and why Eoin Morgan was reluctant to take up the mantle of the leader.

“We were aware of it. I think a lot of credit should be given to KKR because they handled it very well. They understood my situation. I was the problem, nobody else. From the moment, I’m not very sure, then they’re like ‘fine, there’s Morgan’. He (Morgan) actually was very reluctant,” Karthik said.

Karthik revealed that Morgan – who was already the limited-overs captain of England – did not want added pressure as he just wanted to enjoy playing the IPL.

“For him, he’s captaining England, such a high-pressure thing. He wants to come and play the IPL and enjoy it. And he was thoroughly enjoying it up to the point. He was vice-captain so basically, it’s about helping me,” he added.

Karthik decided to step down as skipper of the franchise when KKR was placed No 4 in the points table with eight points. It was his personal form that was bothering him. He has amassed merely 108 runs in those games with one half-century.

“But when I said this, he said ‘no, no’. And we were high on the table too; we had played some seven games and won four. We were No. 4 or 3 on the table. He said ‘are you crazy? Why would you do this? I don’t understand what you’re trying to do.’ Then I explained things to him,” Karthik added further. 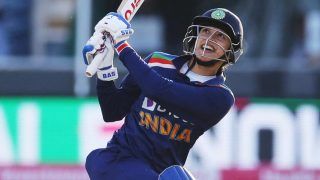 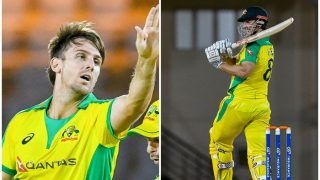