Dinesh Karthik made a comeback into the Indian cricket team in New Zealand ODIs.

It could well be the last of his innumerable comebacks but Dinesh Karthik is not losing sleep over it as he intends to build on the recent gains in international cricket by following the timely advice of India coach Ravi Shastri. With young wicketkeeper-batsmen like Sanju Samson and Rishabh Pant waiting in the wings and veteran Parthiv Patel still knocking on the selectors’ door, Karthik knows he has to keep performing, albeit only as a specialist batsman with MS Dhoni still the No. 1 choice in limited overs cricket.

On current form, he could be the stable number four batsman India is looking for in ODIs. “May be it is (the last of comebacks) but I have not looked at it that way. If you start thinking on those lines (future in the team), you put extra pressure on yourself. I am satisfied with the way I batted in ODI series against New Zealand and would aim to do the same whenever I get the next opportunity,” Karthik told PTI when asked about his latest comeback.

The 32-year-old has lost track of the many comebacks he has made ever since making his India debut back in 2004. The most recent recall was at the Champions Trophy in June and that too on the 11th hour as the Tami Nadu wicketkeeper- batsman replaced the injured Manish Pandey in the squad.

He did not get a game in England but got his first game for India in over three years in the following limited overs series in the West Indies. The stylish right-hander scored an unbeaten 50 and 48 in three chances he got in the Caribbean before Pandey came back to replace him in ODIs in Sri Lanka.

Karthik, a consistent performer on the domestic circuit over the past 24 months, was brought back into the ODI side for the New Zealand series after he struck two hundreds in the Duleep Trophy. For him, the best part of the New Zealand series was that he got to play all three games. He made a promising 37 at No. 5 in opening ODI before making an undefeated 64 at his preferred number four spot in the second game at Pune to help India level the series.

“I don’t know if it was my best ODI innings but it surely was an important one, personally as well as for the team,” recalled Karthik. With the ODIs against Sri Lanka coming up next month, Karthik has joined a preparatory camp at the NCA to work more on his fitness and deal with a few niggles at the same time. He doesn’t know what lies ahead but remains focused on improving his game with key inputs from coach Shastri as well as veteran Mumbai all-rounder Abhishek Nayar.

“In terms of feelers (for the future) from the team management, nothing has been communicated. But regarding my batting, I did have a long chat with Ravi bhai (Shastri). He was happy with my batting against New Zealand but he said there are still areas where I can improve upon, especially maintaining the tempo of the innings since he feels I have all the shots. I agree with him and that is what I would look to do”, added Karthik.

As far his close association with Nayar is concerned, not much has been in public domain but he has been working with Karthik for a while now. “I would not be where I am without Abhishek Nayar. Working with him is an ongoing process. We discuss a lot about the game, mostly on the phone since we are both busy playing. For example, before the New Zealand series he advised me to show intent from ball one, be very aggressive,” he said.

Karthik is someone who has played against multiple captains including Sourav Ganguly, Rahul Dravid, MS Dhoni and now Virat Kohli. Talking about Kohli, the Chennai-based cricketer said that the results of the fitness culture the Indian captain has cultivated are for all to see and even on the that aspect, he leads from the front.

“With a leader like Virat, who has absolutely got it spot one in terms of fitness, he has built his lifestyle around it. The team members are learning a lot from that and they can see the exceptional performances he has been able to give in the last 5-6 years. It has trickled down to the players.”

Karthik is aware that the fitness standards are a lot higher from the time he made his India debut. However, he doesn’t understand the hype around the Yo-Yo test which has to be cleared to play for the country. The minimum score required to pass the test is 16.1.

“The current benchmark is pretty achievable. Anybody who puts in a bit of effort can reach that mark. There is nothing earth shattering about it. It only starts getting tougher from 17.5 onwards. There has been a lot of hue and cry about it but it is pretty achievable for most sportsmen,” Karthik opined.

Having played his last Test more than seven years ago, Karthik has not given up on the wearing the India whites again and is determined to make the cut for the upcoming South Africa tour as the second wicketkeeper. 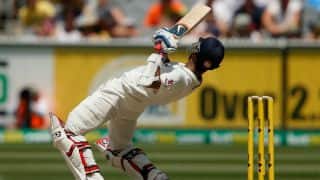