Dinesh Karthik and Vijay Shankar batted according to the situation, paced their innings well, and put on a crucial 88-run stand for the fourth wicket, taking Tamil Nadu closer to win.

Fifties from Dinesh Karthik and skipper Vijay Shankar guided Tamil Nadu to a 6-wicket win over Baroda in the first semi-final of the Vijay Hazare Trophy 2016-17 at Feroz Shah Kotla, Delhi. Tamil Nadu have now progressed to the final and will take on the winner of the second semi-final between Bengal and Jharkhand in that fixture. Tamil Nadu were given a modest target of 220 by Baroda. Openers Kaushik Gandhi and Ganga Sridhar Raju got Tamil Nadu off to a god start, but they were dismissed in quick succession, which brought Karthik and Baba Aparajith together. The duo added 60 for the third wicket and steadied the Tamil Nadu innings before off-spinner Soaeb Tai got rid of Aparajith for 28. Full Updates: Vijay Hazare Trophy 2016-17, Semi-Final 1, Baroda vs Tamil Nadu at Delhi

However, Baroda never had a chance to get back into this game after that as Shankar and Karthik played sensibly. They batted according to the situation, paced their innings well, and put on a crucial 88-run stand for the fourth wicket, taking Tamil Nadu closer to win. An excellent delivery from Atit Sheth breached Karthik s defence, sending him back for a responsible 107-ball 77, but it came too late in the day. Sheth was easily the best bowler for Baroda, picking up 3 for 36 in his 8 overs. Washington Sundar played attacking cricket as soon as he arrived at the crease, which surely eased the pressure on Shankar to do all the scoring. With just a few more runs to get, Shankar got to his fifty off 65 deliveries. He ensured he was at the crease till the end to take his team into the final.

Earlier, Baroda had opted to bat after winning the toss, but were bundled out for just 219. Openers Kedar Devdhar and Aditya Waghmode had got them off to a good start, but their middle-order did not step up and take them to a competitive total. Left-arm spinner Ravisrinivasan Sai Kishore was the pick of the Tamil Nadu bowlers, finishing with figures of 4 for 59 in his 10 overs. 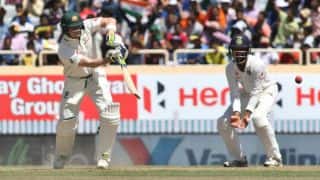 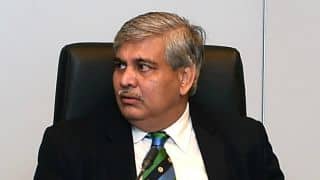