The special series will trace the emotional journey of the team throughout the IPL.

Die-hard Kolkata Knight Riders (KKR) fans are in for a visual treat, as Discovery Channel will present the riveting story of the Shah Rukh Khan-owned Indian Premier League (IPL) team’s journey in a four-part series named ‘Living with KKR’ to be aired from February 24 to 27.

The special series, to be aired at 8 pm from February 24, will trace the emotional journey of the team from its failure in the first three years to its ultimate redemption as IPL champions.

The viewers will witness candid admission from Bollywood superstar Shah Rukh about his worst fears, heart-rending moments and record celebrations.

The viewers will hear straight from Shah Rukh the reasons for choosing Kolkata as his team, its arduous climb, the tears from constant defeat, adapting to new format and relationships that didn’t last.

The series also brings to the fore the unseen role played by co-owners Juhi Chawla and Jay Mehta, the daring new decisions of its CEO Venky Mysore, the immense pressure absorbed by its captain Gautam Gambhir and the passion of the players, coaches and fans.

The series will also provide insights into the IPL phenomenon, the electrifying passion, poignant drama, astonishing opportunities and consummate glitz.

“Kolkata Knigtht Riders is not just a cricket team of IPL for us. It has been a family since the inception. I am thrilled to share this journey of tears, sorrow, strength and victory with everyone,” Shah Rukh said about the series.

Discovery Network Asia-Pacific’s Senior Vice President and General Manager Rahul Johri added: “We are storytellers and that’s what Discovery is all about.

Living With KKR will present the story of the team’s defeat, endeavour and absolute triumph.” 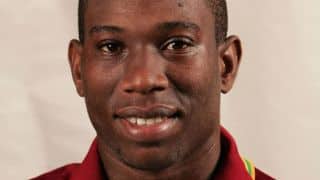