Veteran Indian batsman Rahul Dravid was without any sense of loss as his One-Day career draws to a close on Friday against England but admitted that he had to work harder on the shorter format of the game than he did in Test cricket. 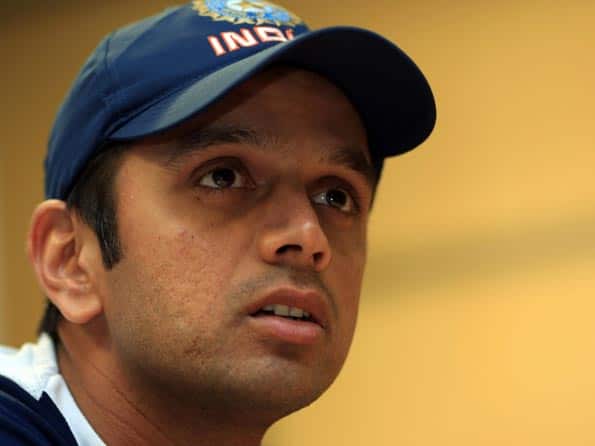 “I will still be doing the same things I have been doing in last two and a half years,” Dravid said Getty Images

Veteran Indian batsman Rahul Dravid was without any sense of loss as his One-Day career draws to a close on Friday against England but admitted that he had to work harder on the shorter format of the game than he did in Test cricket.

Dravid, who would retire after playing his 344th match in an ODI career spanning 15 years, said he would not dread retirement even when it’s time to quit Test cricket.

“It does not feel like I’m finishing in some sense. I will still be doing the same things I have been doing in last two and a half years. But I had to work harder on my one-day cricket than in Tests,” said Dravid who would turn up for the last time for India in ODIs in coloured clothings on Friday.

“I wouldn’t dread quitting. I don’t think after such a long period of time you don’t dread the day. You recognise time would come when you would have to move on. Retiring wouldn’t make much change in my life,” he told a press conference on the eve of the fifth and final ODI.

“The Test series against West Indies is coming up. There is still a few days off, then back to fitness and practice. Nothing would really change. Nothing is going to be different from tomorrow onwards,” he said.

He expressed satisfaction that from being a player considered not suitable for ODI cricket, he went on to score more than 10,000 runs in the 50-over format also.

“When I started playing, I wasn’t recognised as a one-day player. There was a lot more learning I had to do. I was dropped in the middle of my career, had to learn some lessons and it helped free up my Test cricket as well. I ended up playing over 300 games for India,” said Dravid who is the seventh highest ODI scorer with 10,820 runs.

“It gives me a lot of satisfaction (to reflect) that I had a good Test and one-day career. At one stage, I probably wouldn’t have said it myself. In many ways it has been a very pleasing and satisfying career,” he said.

Asked if he had been told to lead the side tomorrow in his last ODI match, Dravid said he would treat it as an honour if captain Mahendra Singh Dhoni comes up with a gesture like that.

“I don’t think I would lead the side. You should not do that, MS (Dhoni) has led the side well. I have got enough respect and recognition for what I have got. It would be lovely to win though (tomorrow), irrespective of what I get. We were very good at Lord’s, unfortunately, we couldn’t get over the line. Hopefully we can do so here tomorrow,” he said.

Dravid said when he was left out of the one-day side, he initially found it difficult to adjust to Test cricket.

“Initially I found it difficult. I was used to playing continuously all the time. There were gaps as big as six months. When it was off-season in Indian domestic circuit, I found it difficult. Going straight into Test with no side games was a challenge for me. I had to learn to adjust to it, get fitter and work harder. It helped and I was also able to iron out a few flaws in my game, spend time with my family.”

Recollecting his ODI career, Dravid said India’s runners-up finishing performance in 2003 World Cup was one of the highs of his career and crashing out in the league stage itself during the 2007 World Cup the low of his ODI career.

“Reaching the 2003 World Cup finals and getting so close was a high. Then watch India win the World Cup this year was extremely satisfying. Watching as a 10-year-old kid Kapil Dev lift the trophy and now towards the end of my career, seeing another Indian team do it and realize you have been a part of that journey has been satisfyingm,” said Dravid.

“Captaining a team in Super Six in 2007 World Cup was a big disappointment. I think we had a team which could have done better but then we lost to Bangladesh and missed out,” he rued.

Dravid said he felt humbled at the outpouring of praise and adulation which has been coming his way on the eve of his ODI retirement.

“When you are away from home, you don’t get a sense how it’s been like. My wife did mention there are a very nice things written about me back home. I feel humbled about the things being said and written about me in last few weeks,” said Dravid.

Despite not winning a single match against England in this disastrous tour, Dravid was not yet prepared to put the home side in the bracket of the great Australian and West Indian sides of the past.

“There’s no doubt when England comes to India in October, they would find different conditions. That would be a challenge for them. They have proved to be a good side in their home conditions. They have got the potential but it’s not easy,” said Dravid.

“It’s unfair to compare them with the Australians and West Indies of the past. They were consistent for a long period of time and in various conditions. West Indies won in India and Australia in 2004. England need to go to various countries and win, in South Africa and in India,” he was quoted by PTI.