S Badrinath, the Tamil Nadu and India batsman with over 10,000 first-class runs, has announced his decision to retire from all forms of cricket.

Badrinath, 38, made the announcement on Friday during a press conference at the Tamil Nadu Cricket Association office in Chennai.

“This has certainly not been an easy decision to be honest. I’ve been pondering over it. I’ve mentioned it to Mr. Kasi Viswanathan. Somehow my hand didn’t go into penning the letter over the last year. I don’t know why. But having turned 38 yesterday, I decided it was about the right time,” said Badrinath, who played seven ODIs, two Tests and a solitary T20I for India between 2010 and 2011.

Badrinath was given a Test debut against South Africa in February 2010, and scored 56 in his first innings. He played one more Test and was never recalled despite scoring heavily inn domestic cricket. His seven ODI games came between 2008 and 2011.

After leaving Tamil Nadu, Badrinath played as a professional for Vidarbha and Hyderabad, whom he led to the Ranji Trophy knockouts. He played his last first-class game for Hyderabad in December 2016. Since then, he has played limited-overs cricket for Hyderabad and for Karaikudi Kaalai in the Tamil Nadu Premier League.

He also featured regular for Chennai Super Kings in the IPL, scoring 1667 runs at an average of 28.25 from 114 games.

This year, Badrinath has been seen as a cricket expert on TV. 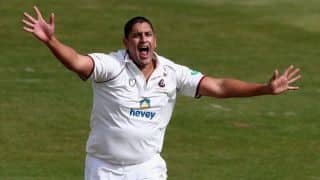 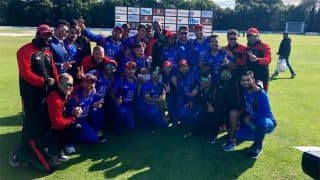