Surrey s off spinner Gareth Batty has advised England batsmen to ensure the Indian left-arm spinner Pragyan Ojha is not settled in his bowling rhythm during the upcoming Test series. 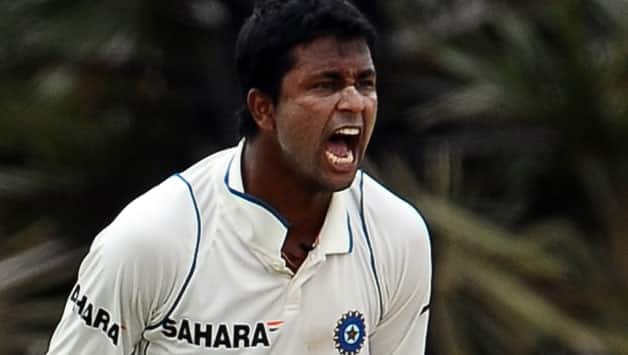 Off-spinner Gareth Batty, Pragyan Ojha’s (in pic) teammate in the English county Surrey feels the Indian spinner has unique ability to defend and attack at the same time Getty Images

Surrey s off spinner Gareth Batty has advised England batsmen to ensure the Indian left-arm spinner Pragyan Ojha is not settled in his bowling rhythm during the upcoming Test series.

Batty feels Ojha s economy rate is his strength and the Indian spinner has a unique ability to defend and attack at the same time.

He said, “As a spinner, it s a very difficult skill to attack and defend at the same time, but he can do it.” Batty added, “And like a lot of Indian spinners he likes to bowl all day, even with a new ball. After all, the best time to bowl is when a batsman is on none.

“It was that time of the season after the Twenty20 (World Cup) when batsmen have got a few extra shots in their locker, and he took wickets at the same time as going for very few runs. He had a ridiculous economy rate – just over two an over.”

Batty made a comparison between Ojha and Muttiah Muralitharan with regards to the economy rate.

He was quoted by The Telegraph as saying, “In this respect he s a bit like Murali (Muttiah Muralitharan). He will get you sooner or later, so you ve got to put some pressure on him and rotate the strike. If you just look to survive he will eventually get you, and you haven t taken the game on.”

Ojha picked 24 wickets at an average of 12 during his English County stint in 2011 for Surrey.

Praising Ojha’s tenacity, Batty warned the England batsmen to be confident against the wily bowler.

“It was a procession of people coming out and missing a straight one or nicking a traditional spinner,” he said. “I think he was hit for one boundary and you should have seen the look of disgust on his face. He wants to grind you into the dirt then get you to nick off.”

Citing the example of South African Ryan ten Doeschate, Batty, who plays for Essex, feels it augurs well for the England batsmen to go after Ojha to reduce his efficiency.

He said, “He (ten Doeschate) has got very quick hands and feet. He was running down the wicket a few times, and he swept when the ball was wide of off-stump.”

He further added, “I would look to run down the wicket,” Batty said, “not to whack him over long-off or out of the ground, but to work him leg side – even inside-edge him in front of square. And I d run down on the offside of the ball so I wouldn t get done past the outside edge.

“Kevin Pietersen can do that. He s the best batter I ve seen and few play spin more aggressively than he does. And Jonathan Trott s forte is working the ball through the leg side.”

The Surrey off-spinner also made an interesting comparison between Ojha and Murali Karthik, who also played for India and Surrey.

He said, “Both are wonderful bowlers, but Kartik is an old-school, conventional left-armer, whereas I would say Ojha is a modern take on an orthodox left-arm spinner.”

Describing Ojha as a good team-mate, Batty adds that he enjoys bowling in tandem with the left-arm spinner.

He said, “As a person, he s relatively quiet but he has got a mischievous side to him, a twinkle in his eye.

“He s a lovely fellow and he cared about the team and he never shirked responsibility. When you walked out to bowl, he might not say much in his broken English but he looked you in the eye and patted you on the back as part of the spinners union.”