India captain Mahendra Singh Dhoni warned his team to ignore the hype and national hysteria that will dominate the frenetic build-up to Saturday's World Cup final against Sri Lanka. India captain Mahendra Singh Dhoni warned his team to ignore the hype and national hysteria that will dominate the frenetic build-up to Saturday’s World Cup final against Sri Lanka. India, riding a wave of patriotic emotion, swept past arch-rivals Pakistan by 29 runs in Wednesday’s highly-charged semi-final and will aim for a second world title in Mumbai to add to their 1983 triumph.

“There’ll be plenty of things happening around us, like in this game, but what’s important is not to get distracted. We all know what our jobs our as professional cricketers so we’ll stick to that,” insisted Dhoni. “Sri Lanka are a very good side and they have done really well so far in the tournament.

“The format’s really helped us. We had quite a few close games where the youngsters were really tested at the crease. I think slowly they’re getting into the groove.” India made 260 for nine against Pakistan after Dhoni won the toss, a total that owed much to man-of-the-match Sachin Tendulkar’s fortuitous 85 with the superstar batsman dropped four times.

But the India bowling attack, seen by some as the team’s weak link, then proved its worth with all five members taking two wickets apiece. Recalled left-arm quick Ashish Nehra led the way with two for 33 as Pakistan were dismissed for 231.

“I felt after the end of the first innings 260 was a good score, I wouldn’t say it was a safe score because it was important not to give away too many runs with the new ball,” added the captain. Turning to Tendulkar, who will have a chance to score his hundredth international century on his home ground in the final, Dhoni said: “I think he batted really well and when he’s there he makes it really easy for the others to score because he guides them really well.

“If you bat with Sachin for 15 games you have the kind of experience you’d have after 50 games.” But what really filled Dhoni with confidence was the India squad’s spirit.  “The team unity, the way we are backing each other and not criticising any player. If somebody is having a bad time on the field we are making sure he is wanted and everybody is helping each other,” he explained.

“I’m proud of the side that I’ve got. You can see a definite difference between the fielding we did back in a few series and now. They’re giving more than 100 percent for the World Cup. You can’t always control the result but you can always control the amount of effort you put in so that’s what’s in our hands and that’s what we’re doing.”

One concern for Dhoni is his own batting form. He managed just 25 against Pakistan and so far this World Cup has scored a modest 150 runs at an average of 30.

“I’ve not scored too many runs, but at the same time more often than not when you walk into bat you’re under considerable pressure with four or five batsmen down,” said India’s number six. “Hopefully the final will be better,” said Dhoni. 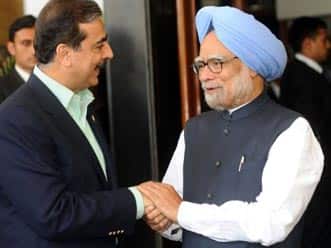