Former Pakistan speedster Shoaib Akhtar says instead of running after the Board of Control for Cricket in India (BCCI) for normalising cricket ties, the Pakistan Cricket Board (PCB) should focus on converting the national team into a world-class side. 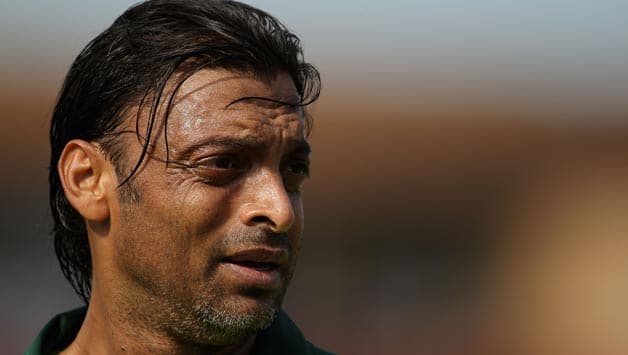 Former Pakistan speedster Shoaib Akhtar says instead of running after the Board of Control for Cricket in India (BCCI) for normalising cricket ties, the Pakistan Cricket Board (PCB) should focus on converting the national team into a world-class side.

The Indian government has rejected visa applications of the players of Pakistani side Faisalabad Wolves, which was to play in the Champions League Twenty20 tournament.

“I am not surprised that the Indians have not issued visas to the Faisalabad Wolves team for the Champions League.

The fact is that until and unless we have normal and friendly relations at the government to government level, why do we expect the Indian cricket board to be supportive.

“I have always said that we don’t need to run after India all the time and we need to stop begging on different issues, whether it is resumption of bilateral cricket ties, allowing our players for the IPL or our team for the Champions League,” Akhtar said.

The outspoken fast bowler said that BCCI simply followed the policy of its government when it came to Pakistan.

“We should have never expected them to issue visas for the Faisalabad team. When they first invited us we should have taken a bold stance and said ‘thank you’. When will we as a nation or board show some self respect and pride in our stance towards India,” he told a TV channel.

Akhtar said it was time that PCB start making efforts to develop the national side into a strong team.

“(What we will lose?) A few hundred thousand dollars. But it is time we stopped going after India all the time. We need to start setting our house in order and strengthening our own domestic cricket and infrastructure.

“There is no doubt that the standard of cricket has not only gone down in Pakistan but even worldwide. But in Pakistan we are facing problems because we haven’t had a bold captain like Imran Khan for years now and we are not facing role model players who serve as inspiration to others,” Akhtar added.

He said that Indian cricket had progressed not because of the IPL but because of just one man — Mahendra Singh Dhoni.

“Dhoni may not be as good looking as Imran but he has all the qualities of Imran as a captain and player, and he has given their cricket a new direction and life. He has turned Indian cricket around.”

He also lashed out at the ICC and member boards for not realising that there was urgent need to inject money into Test and One-Day International (ODI) cricket.