Former India skipper MS Dhoni is yet to play for India since the team's exit from the World Cup 2019.

Soon after he took charge as the Board of Control for Cricket in India (BCCI) president, Sourav Ganguly, on Wednesday, made it clear that MS Dhoni will be respected whatever he decides about his future as an international cricketer.

Dhoni has been on a sabbatical and has not played for India after the team’s exit from the ICC Cricket World Cup 2019 following a defeat against New Zealand in the semifinals.

The speculation about his future and retirement has been rife since then. Ganguly said that India is proud of Dhoni.

“I don’t know what’s in his mind. India is very proud to have MS Dhoni. Till I am around everybody will be respected. Dhoni’s achievements make India proud,” said Ganguly during a press conference in Mumbai.

Ganguly also stated that he is yet to speak with the wicketkeeper-batsman, who has been “one of the greats”.

“I am yet to talk to him. I will have a word soon with one of the greats of the Indian game.”

Ganguly also highlighted his own example about how he made a comeback to the Indian team when the “entire world” thought he will never return.

“I have always said when I was left out and the entire world said ‘I will never make it.’ I came back and played for 4 years. Champions don’t finish very quickly,” said Ganguly.

Following India’s 3-0 series sweep against South Africa in the recently-concluded Test series, Virat Kohli pointed out that Ganguly is yet to speak to him about Dhoni’s future.

“I congratulated him (Ganguly). It’s great that he has become BCCI president. He will get in touch with me when he has to. I will go meet him when he tells me to. He has not spoken to me about that (Dhoni’s future),” Kohli said on Tuesday. 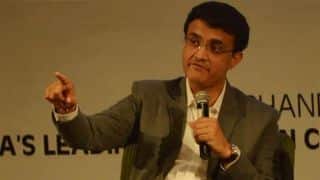 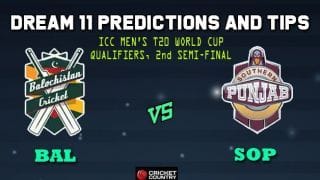