Having scored the fastest half-century in 2016 ICC Under-19 World Cup, Rishabh Pant was also a hit in the IPL 2016.

Rishabh Pant is tipped to be the next MS Dhoni. He is considered to be one of the most exciting talents in the circuit. Having scored the fastest half-century in 2016 ICC Under-19 World Cup, Pant was also a hit in the IPL 2016. He also scored massive 972 runs in the 2016-17 Ranji Trophy for Delhi. He made his national debut in the third and final T20I against England in January 2017. However, he did not have enough opportunities to show his calibre. Owing to his consistent performance, there have been comparisons of him with Dhoni. However, he himself does not sees any comparison with the former Indian skipper. FULL CRICKET SCORECARD: India vs Sri Lanka 2017-18, 3rd Test at Delhi

On his comparisons with Dhoni

“I know that they are praising me, but everything has two different angles. To be honest, I don’t see any comparison. I just want to concentrate on my game and look to perform well in every match I play. This is what matters to me. I don’t care about people comparing me with someone like Mahi bhai. I am not sure whether it is a good thing or a bad thing. People do whatever they want, I do whatever I want,” said Pant in an exclusive interview with Sportskeeda.

On his T20I debut

“It was a great feeling. It was a dream come true for me. Every Indian kid who takes up the game seriously wants to play for India. It was a proud moment for me and my family.”

On the ongoing Ranji season

“It has been a fine season for me. But, yes, it is not like last season. Not always will things go your way in sports. Sometimes it will, sometimes it won’t and I should be ready to accept whatever comes my way. Right now, it is a very good thing for me. The [Delhi] management has given me the responsibility of captaining the side and it has been helping me as a player. We are in a good frame of mind now as we qualified for the quarter-final. We will try and win the trophy this time.”

“The comeback is not on my mind at all. But, the thing is, whenever you play domestic cricket, you have to perform there first. That’s how you can make a comeback to the national side. I am just concentrating on my game and trying to give my best in whichever game I play. This is the only thing that will help me make a return to the Indian team.”

“We, as players, whenever we go out, we look to win. All the teams have an equal chance of winning the tournament. Whoever plays well will win the match. Having said that, I think we have a very good under-19 team. I hope that they bring the cup back to India next year.”

On his comfortable batting position

“A good player will do well wherever he bats. There is no particular position in which I want to bat. Wherever I get my chances, I want to do well.” 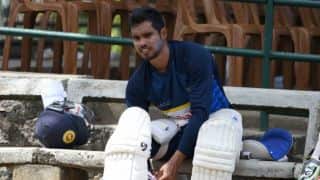 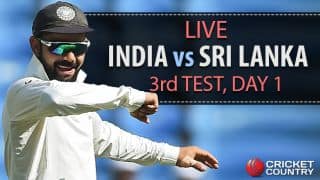