While international cricket looks all set to resume next month with England hosting West Indies for a Test series, in India the coronavirus situation continues to worsen.

Cheteshwar Pujara advises against rushing into training and start gradually as he doesn’t think India participating in an international series in the coming few months.

While international cricket looks all set to resume next month with England hosting West Indies for a Test series, in India the coronavirus situation continues to worsen with each passing day.

In the current scenario, resumption of elite sports seems a world away even though the Indian government last month allowed for the opening of sports complex and stadiums meaning athletes could resume outdoor training.

Pujara has resumed training in the nets after almost three months.

“You have to start at some point and it is important. If you are going to the ground, you are getting used to the sun and outdoor environment. Most players have been indoors for such a long time,” Pujara told PTI. “Initially it is just about feeling the ball and as it is, there is plenty of time before cricket starts. I don’t see any series happening for the next two-three months, so one has to take things gradually.”

It’s likely that Pujara’s next international assignment will be the tour of Australia later this year with no clarity on when domestic cricket will resume in India. “Nobody knows what the situation will be three-four moths down the line, when the next series will be held. The next few months are about preparation and getting back into the game. It is too far to think about the next series,” the 32-year-old said.

While BCCI did create customised plans for each cricketer to help them maintain fitness while stuck indoors, there was also focus on mental health as well.

Pujara says mental toughness helped him wade through the uncharted territory of the coronavirus lockdown.

“If you are mentally tough, you can take a long break comfortably. Test matches don’t happen frequently so one has to play domestic cricket. It was not such a big thing for me and to come back from it, I will be fresh and more eager to play. The mental challenge is not an issue for me,” he said.

For the time being, the India middle-order steel is batting for 20-25 minutes thrice a week and aims to gradually increase the intensity.

Pujara is training at his own academy with some of his Saurasthra teammates.

“Once you are outdoors it is a different feeling altogether. Training here is obviously not the same as you get in a team environment but at least you are doing something to get yourself going. Your body will start moving a bit once you have a routine. As a cricketer, it is important to start whenever possible and adhere to the government guidelines (on social distancing) at the same time,” he explained.

Pujara says he has faced tougher times – mentally – when he was out of the action due to injuries.

“Getting back from an injury is much tougher than this. When I was injured in the past (2008 and 2011), I resumed training after a long time, longer than this but lockdown was different. I was still active when I was indoors (with the fitness routine),” he recalled.

“Obviously, it feels a little different when you are holding a bat after a long time but because I worked on my fitness, it is helping now that I am playing again,” he added.

“Every cricketer deals with situations differently. Mentally, some people do get frustrated but I just took it as a break. I never felt that (I lost my edge) because I have made comebacks after longer breaks (due to injury). The comeback you make from an injury is much tougher than a situation like this when I was not injured.

“The first week (of training) is tough. After a week you are back to normal, because you have played this game for such a long time, experience matters a lot,” said the 32-year-old. 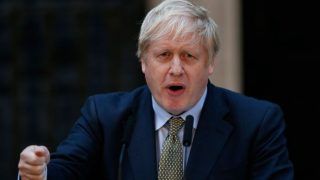