Kohli, who made his ODI debut in August 2008 against Sri Lank, feels good to reach the milestone after completing a decade in Indian cricket.

With 16 ODIs left to go before the ICC World Cup 2019, India will look at each game to finalise their squad with each game leading up to the 50-over showpiece event in England and Wales next year. The majority of the side looks settled Rohit Sharma, Shikhar Dhawan and captain Virat Kohli forming a forming a formidable top three. Jasprit Bumrah and Bhuvneshar Kumar have sealed their sports in the pace contingent, while Yuzvendra Chahal and Kuldeep Yadav will handle the spin department.

The middle-order conundrum is the only issue left to be sorted out. While the team looks more or less settled, Kohli said that being in the team should not be taken for granted. “There are many people who want this [playing for India] very badly. So, when you are in that same position yourself, you should have that same hunger and never take things for granted, never take it easy at any stage,” Kohli told bcci.tv on Thursday.

Kohli has always led from the front in terms of fitness and commitment. “If I have to dive six times in an over, I will do that for the team,” said Kohli.

“Because that’s my duty and that’s why I am selected to play for my country. That’s part of my job. It’s not doing anyone a favour. Not showing anyone that I am committed but it’s purely gaining that extra run for the team. The focus has to be that much precise and finer in that moment,” he said.

Kohli was the quickest to reach 10,000 ODI runs in his 205th innings during the second ODI against West Indies which ended in a thrilling tie. He surpassed Sachin Tendulkar, who achieved the feat in his 259th innings.

“It’s a great honour for me to represent my country and even after playing 10 years, I don’t feel like I am entitled for anything here. You still have to work hard for every run that you score at the international level,” he said.

“You have to understand that I have to push for one more run for the team rather than feeling that I am tired and mentally not there. So, I think that’s my only intent, to keep doing what the team needs all the time and just helping it any way possible.”

Kohli said that his team first attitude has enabled him to push the barriers.

“I have been able to push my physical and mental abilities by focusing on what the team needs and in that process more runs have been scored by me than I would have otherwise if I would have been thinking about my own batting or anything like that,” he said.

Joining the 10K club, Kohli feels, is only an outcome of his process. “All these things look good from the outside as a package, from inside you know that you are focussed on the process. The thing is pushing hard for the team when you are down and out, pushing those 10-12 extra overs, so that the team can benefit from it. Then the runs become more anyway,” he said.

Kohli, who made his ODI debut in August 2008 against Sri Lank, feels good to reach the milestone after completing a decade in Indian cricket.

“I feel really grateful, blessed. These things don’t matter much but to understand that you have come this far in your career after playing for 10 years is something quite special to me because I love the sport so much and I want to play it more and more. And that for me is the most important thing,” he said.

“So, I am just happy that I have been able to play for so long and hopefully many more years to come. 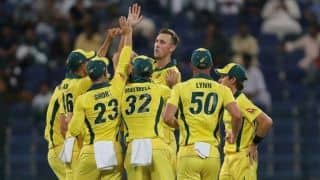 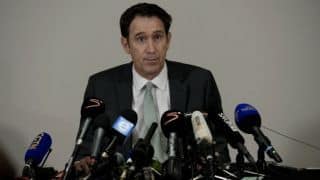