Gayle was quite happy for being drafted by Karachi Kings and has ensured to perform well, unlike last year.

With the start of new season in cricket, West Indian batsman Chris Gayle aka Universe Boss has promised to fulfill the expectations of entertaining in the next season of Pakistan Super League (PSL). Gayle has been picked by Karachi Kings in the second draft of PSL. Last season, Gayle played for Lahore Qalandars. His current team Karachi Kings in PSL is owned by Salman Iqbal, who is the CEO of Ary Group, which is coached by current Pakistan team coach Mickey Arthur. Gayle did not have impressive run in last season of PSL as he could score only 103 runs from five games with the highest score of 60.

In an interview with local news channel Dawn News, Gayle was quite happy for being drafted by Karachi Kings and has ensured to perform well, unlike last year. It s fantastic to be a part of the PSL a second time, I just want to say, I love you all and thanks for the support. Chris Gayle will try and entertain you guys as much as possible and keep hitting sixes, and make you all happy at the end of the day. I appreciate your support You ve been with us through thick and thin, said Gayle.

Gayle also expressed his desire to learn Urdu and warned that no one should teach him any bad word and added, Don t teach me the bad words, followed by laughter. He was quite happy with the team combination and thanked Shoaib Malik for including him in the draft. The side includes few other big-hitters as well, such as Kieron Pollard, Dwayne Smith, etc.

The franchise Gayle is a part of will be led by former Sri Lankan cricketer Kumar Sangakkara. 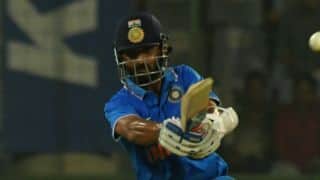 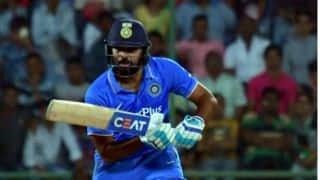