Rohit Sharma endorsed the idea of hosting a pink-ball Test match against Bangladesh at Eden Gardens next month.

Rohit Sharma is not concerned about captaincy but is always ready when the leadership role is thrown at him. The Mumbai batsman will lead India against Bangladesh in the three-match Twenty20 International series that gets underway on Sunday (November 3) at the Arun Jaitley Stadium.

Regular captain Virat Kohli has been rested for the series as part of workload management.

There was plenty of debate surrounding whether India should embrace the idea of split captaincy. Rohit refused to get drawn into the debate, saying he is happy to fill in whenever situation demands.

“These (captaincy) things are not in our hands. Whether you captain one or 100 matches, it is an honour,” Rohit said at a promotional event.

“When we were growing up, it was all about playing for the country. I have captained the team and the experience has been good and I don’t think about for how long I should be made captain. Whenever I get the chance to captain the team, I try and enjoy that,” he said.

Rohit endorsed the idea of having a Pink ball Test match against Bangladesh at Eden Gardens next month.

“I am very excited as it is the first time. I can’t say about others, but I played one match in Duleep Trophy with pink ball and it was a good experience. The opportunity has come and will try to do well and win the game,” Rohit, who recently made an impression as Test opener, said.

“I always try to do well and for me, the thought is to not stop. My job is to keep performing and I see it that way. Be it Bangladesh or West Indies after that or when we go to New Zealand,” he said.

He did not comment on the discussion surrounding MS Dhoni’s future saying, “We don’t hear anything about these things. You guys make these things up.”

Asked about Shakib Al Hasan suspension, Rohit cut the scribe short by retorting, “I am not ICC.” 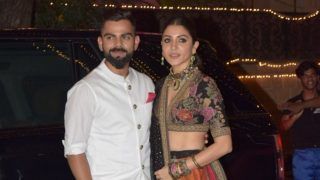 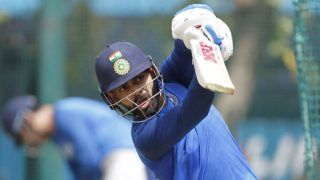